The World's Most Comfortable Shoes Are Made of Super-Soft Wool

Next in line for disruption: sneakers.

Allbirds, a new San Francisco-based startup aimed at designing environmentally friendly and comfortable footwear, launched Mar. 1. Its first product is called the Wool Runner, a minimalist sneaker made of natural textiles. The $95 shoes, for men and women, come in five colors and can only be purchased online. The company is offering a generous return policy and plans to donate returned goods to Sole4Soles, a charity.

The two-year-old firm is the latest entry into the so-called anonymous luxury category which has grown quickly in the years since the financial crisis. Warby Parker, a maker of tony eyeglasses, helped kick off the direct-to-consumer trend when it launched in 2010. Since then, it has been joined by Everlane, M. Gemi in women’s shoes and DSTLD in denim. Like them, Allbirds claims rigid adherence to quality and minimalist design.

That approach has paid off as consumer tastes shift: According to research firm McKinsey, 80% of luxury-shopping Americans prefer to do so whenever they have the time, and 63% of them would rather not have a salesperson hovering.

Co-founders Tim Brown and Joey Zwillinger have been working on the concept for several years, developing superfine New Zealand merino wool suitable for use in shoes. Brown is a former professional soccer player and graduate from the London School of Economics and Political Science; Zwillinger is a biotech engineer with a focus on renewable materials. When Brown launched a Kickstarter crowdfunding campaign in 2014 to produce a test version of the shoes, he received $100,000 in backing in four days. Since then, the firm has attracted investors from the U.S. and New Zealand, raising some $2.7 million in a funding round led by Lerer Hippeau Ventures. (Warby Parker’s Dave Gilboa is also an investor.)

Brown says the company is focusing on minimalism, even as it begins considering eventually branching into other styles. “We want them to be the uniform of every day, very utilitarian,” he says. “This isn’t another choice; there are no dragons; there’s nothing emblazoned on the side.” (The company’s name is an oblique reference to what the first settlers of Brown’s native New Zealand found when they arrived—that the island was “all birds.”)

The company, says Brown, aims to pioneer greener ways to assemble shoes but admits it’s can be a slow process. The industry is notorious for rigorously cutting costs to boost margins. As a result, Brown and his seven-person team are banking on creating a brand that, like Everlane, communicates clearly about the provenance and assembly of its products. “Much like the simple Everlane T-shirt, you’re naked,” he says. “There’s nothing to hide behind.” 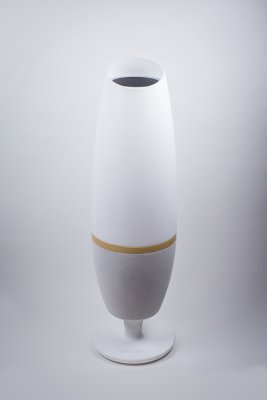 This Tesla Competitor Looks Incredibly Futuristic
Next Up: Editor's Pick