Why Being Called ‘Entitled' Is Actually a Good Thing

Inevitably, when I tell senior executives that I’m writing a book about the power of millennial women, someone will pull me aside and say, “Ugh, what do you hate most about millennials?” And before I can set them straight, they launch into a harangue about what they hate: How they find millennials lazy, entitled and self-obsessed (as well as selfie-obsessed). You know the swipes.

Sure, it’s easy to focus on the fact that a lot of young people would rather call an Uber than take public transportation or hit up Task Rabbit instead of running a delivery across town. And when many millennials start every lunch by elaborately staging Instagram photos, you can see how they’ve earned their rep. But those swipes still sting.

“Entitled implies that I haven’t done the work and I just want to be rewarded,” says Elyssa Maxx, 27. “That’s the polar opposite of my existence.” Elyssa moved to New York from Fort Lauderdale with dreams of climbing the ladder to the top of the magazine world…and was promptly laid off. Out of necessity, she started a career as a freelancer, but she’s found that gives her the freedom she craves: Freedom from face-time at an office, from rules about work that don’t work for her, from bosses who want her to sit still and wait her turn to be promoted.

“It’s not entitlement, it’s an eagerness to show what you can do,” says Jessica, 23, who admits that it’s annoying when other people at her office expect to be promoted or get a raise before they have put in their time. But the world moves fast when you’re just starting out, and she thinks excellence should be acknowledged and not confused with arrogance. “Excellence is being willing to learn and be humble,” she explains. “Arrogance is being unwilling to listen.”

So listen: I have been that boss who just wanted you to sit still and wait to get promoted. No matter how hard you were working, your reach project/taskforce/title change/raise wasn’t in my strategic plan and probably wasn’t in the budget. I’ve also been that young woman at the beginning of her career who had to dutifully file snoozy stories that were not my passion and go to every long, mind-numbing meeting where nothing really got done. I know that feeling in your soul that you have so much more to offer the world, if you could just get your shot. I saw my career as a straight line. Do a good job, get promoted, do a good job there, get promoted again. And that’s how a lot of bosses think you should view your career, too. But that’s not how it works anymore.

This generation of millennial women is redefining what it means to be powerful and successful in the world—for everyone, forever. You’re not beholden to one city or one company. You want a career that is also your passion, work that gives you freedom to customize your hours and responsibilities, side projects that matter.

And so we have to forgive people who are annoyed that millennials don’t want to play by their rules. The game has changed, and you’re changing it.

You are demanding candor and authenticity in everything—especially with salary transparency. And that’s opening conversations about equal pay across the board.

When you insist on flexible work schedules and fewer face-time meetings, this has bigger implications for all of us. You’re actually paving the road now for an easier conversation ahead about how we make room for ambition and children.

Millennials are replacing the cold transactional networking previous generations had to suffer through with warm, friendly groups of colleagues who are endlessly devoted to helping each other succeed.

The cynicism that was the 20-something trademark of your Gen-X bosses (we practically invented the eye roll) has been replaced by overwhelming optimism and positivity.

But all these big-picture changes in the world don’t help when you’re the one who is desperate to put some points on the board and move up or move around in your career and you feel stalled.

My advice to Elyssa, Jessica and you is to be fearless. Continue to push for more projects, let your boss know that you think you’re ready for a raise (even if you’re not going to get it now), get a side-hustle that lets you try new things that you can then bring to/brag about at your day job.

You may have to just sit still and wait for that promotion, but in the meantime, it’s so much more interesting to be daring, to try new things, to be the young hotshot and to risk being called “entitled” because you have been bold enough to try something big.

Ann Shoket, who was editor-in-chief of Seventeen from 2007-2014, is the author of the forthcoming book, The Big Life, about the ways millennial women are changing what it means to be powerful and successful in the world. 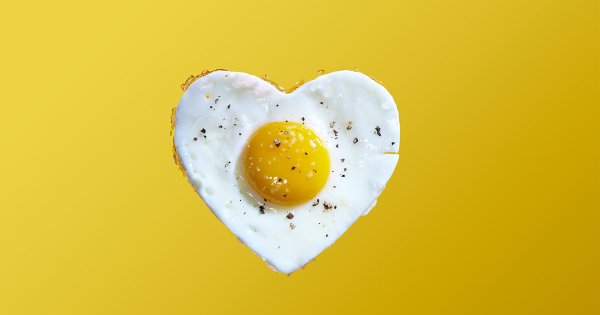 How I Became a Morning Person
Next Up: Editor's Pick