Businesses Will Continue to Merge and Purge in 2016

Economic growth is slow, and interest rates are low, in large part because there’s practically no demand out there right now in the global economy (who would have thought we’d be desperate for a bit of inflation, eight years on from the 2008 crisis?) For companies, that translates into earnings and share prices that have nowhere to go but south. That reality has triggered a merger and acquisition mania, one that began last year as a somewhat desperate corporate measure to buoy stock prices in the short term by cutting costs (and thus making companies look better, at least on paper). It’s a trend that may impact both your portfolio, and your job.

Global M&A transactions in 2015 were at the highest level since 2007. And it’s likely that 2016 may be an even bigger year for deal making — already we’ve seen a number of very high profile merger announcements, often by companies that are direct competitors to one another (think Dow Dupont, which began its megamerger in December). Executives call it synergy, and sometimes that’s true. But what it inevitably means is job loss, as companies cut back on people in the areas where the newly joined corporations overlap. “After mergers, always come layoffs,” says NYU Stern School of Business professor Robert Salomon. “Which is, of course, a particular concern right now in our slow growth economy.” Translation – we can now add a greater risk of being fired to our list of economic worries.

Wall Street, of course, loves the M&A game. Banks like them because they make huge fees bringing companies together (and later on, breaking them apart; between 70 and 90% of mergers fail based on subsequent long term share price, and often the highest profile mergers are the ones that end up in divorce – remember AOL Time Warner?). CEOs like them because they generally boost margins and stock prices for at least a few quarters; given that the average CEO tenure is now 3 years, that’s a long time in the C-suite.

But for Main Street, mergers usually mean pain – jobs cut in places they aren’t likely to return, and monopolies created that drive up consumer prices. What’s more, M & A plays to concerns about short term capitalism that are front and center in politics and markets right now. The pharmaceutical industry is perhaps the best case in point about the dodgy claim that mergers create shareholder “value” by cutting costs. Over the last several years, mergers have been a key factor behind the loss of 150,000 jobs across the pharma sector, most of which were in R&D — the very area of the economy that creates the most spill over economic growth and value.

The M & A wave looks particularly desperate when you consider that mergers rarely keep a firm’s share prices up, even over the medium haul. Consider Pfizer, the company whose recent successful “inversion” bid for the Dublin-based firm Allergan (itself a U.S.-founded firm that had relocated to Ireland to cut its taxes) caused particular political outrage since, if it goes through, it will allow the firm to duck $21 billion in US taxes.

Justifying the deal as a cost savings, Pfizer chairman and CEO Ian Read said, “Through this combination, Pfizer will have greater financial flexibility that will facilitate our continued discovery and development of new innovative medicines for patients.” But the argument holds little water historically. The company’s past attempts at such mergers had forced tens of thousands of people from their jobs and the big innovations never materialized, which was a key reason that the stock price of Pfizer declined from $46 to $32 between 2000 and 2015, even as the Dow itself rose 55 percent.

Read more: Why Hillary Clinton Is Right About Pfizer

Still, the merge and purge cycle will likely continue. The lack of real consumer demand means that firms are totally unwilling to go out on a limb and make big new capital investments. Indeed, the area of the economy where they had been making the most investment, the oil and gas sector, will likely see plenty of consolidation this year, as firms hit by the oil price fall partner up to avoid bankruptcy.

Don’t look to the government to prevent the big getting bigger. Since the early 1980s, when anti-trust regulation was loosened under Reagan, the Department of Justice and the Federal Trade Commission have judged mergers based on whether they would bring down prices and improve services for consumers. If the answer was even remotely yes, then the merger—no matter how big—was likely to go through.

But voices on all sides of the antitrust debate are beginning to question whether that rationale is actually still working. Nobody would argue that the megamergers that have taken place over the past thirty years in pharmaceuticals, for example, have brought down drug prices. Or that the tie-ups between big airlines have made flying more enjoyable. Or that conglomerate banks have made our financial system more robust (efficiency has gone down and fees up in the financial industry as banking has become more concentrated).

It’s worth nothing that the political capture that has created such a system isn’t limited to one side of the aisle. The bigger-is-better ethos of the 1980s and ’90s grew not only out of conservative, markets-know-best thinking. It was also fueled by a belief on the left that antitrust enforcement was wasteful and that regulating big companies was preferable to trying to stop them from becoming too big in the first place. Neither side got it right. Big companies aren’t always concerned primarily with the welfare of their customers, or particularly easy to regulate. But the idea of letting companies do whatever they want, so long as they can prove that they are decreasing prices, may be far too simplistic a logic to serve the public—or even the corporate—good. It will be interesting to see how this question plays out in the rest of the election cycle as merger mania continues. In the meantime, I’ll make a bet – the current wave of M & A will create very little real economic growth. But it will cost more than a few of us our jobs. 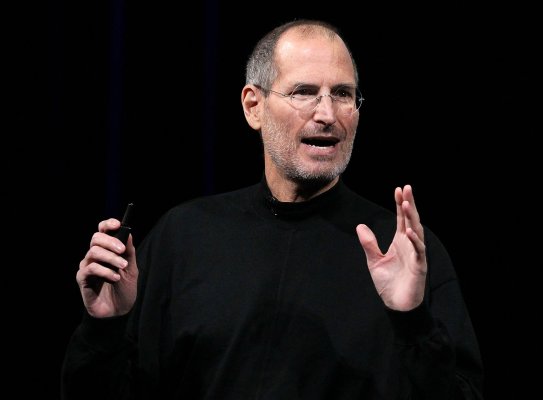