Farmers sprinkle fertilizer on a wheat field on the outskirts of Ahmedabad, India, on Dec. 15, 2015
Amit Dave—Reuters
By Nikhil Kumar and Swati Gupta

By the time he became India’s Prime Minister after a landslide electoral victory in 2014, Narendra Modi had successfully cultivated an image as a can-do CEO-style political leader. Hopes were high that he would introduce sweeping changes to India’s economic architecture to make the country better at producing the jobs needed for the as many as 12 million Indians who enter the work force every year.

The headlines since, however, have been dominated by his repeated struggles. Last year, a much trumpeted push to simplify India’s land acquisition regime was tripped up by a successful opposition campaign to paint the initiative as against the interest of farmers. A proposal for a national goods-and-service tax to make it easier for businesses to operate across Indian states by removing a series of prohibitive local levies remains just that — a proposal, as the government struggles to forge a parliamentary consensus behind its plans. (Although Modi’s Bharatiya Janata Party, or BJP, is in a majority in the lower house of the Indian Parliament, it remains in a minority in the indirectly elected upper house.) Meanwhile, Modi has been bruised by two significant poll routs, first in a provincial election in New Delhi and then in eastern state of Bihar. In both cases, Modi appeared as the face of his Hindu nationalist BJP campaign. Controversies over his attitude to free speech and political dissent have further dented his image and fanned opposition to his government.

As his party prepares for another round of state-level contests in 2016 and 2017, these and other challenges were reflected in the Modi government’s annual budget announcement on Feb. 29, which was aimed at building support among the country’s rural masses.

Modi’s first two budgets — delivered, like this one, by his Finance Minister Arun Jaitley — were met with disappointment among economic commentators seeking liberal economic reforms, even as his government was portrayed by the opposition as being partial to big business. This time, even as industry struggled to get excited, the government focused squarely on rural India, which has been hit by two years of drought. “Our focus is on the villages, poor, farmers, women and the youth,” Modi said after the budget announcement. “The budget has plans for ambitious schemes to bring in a qualitative change in their lives.”

Plans were announced for the doubling of farm incomes by 2022, along with initiatives to improve irrigation and the flow of credit to India’s farmers. There was also a push to improve rural infrastructure, with plans to bring electricity to all of India’s villages by 2018. The national goods-and-service tax received only a passing mention. There were also limited funds for India’s banks, a source of concern for many investors given the high level of bad loans on their books, as the government kept a leash on overall spending and stuck to a plan to keep its budget shortfall to 3.5% of India’s gross domestic product over the coming year. Any doubts about the government’s priorities were put to rest at the outset by Jaitley announcing “nine pillars” for his budget proposals. No. 1? “Agriculture and farmers’ welfare.”

“The budget is a politically smart budget,” said Rajiv Kumar, an economist and senior fellow at the New Delhi–based Centre for Policy Research. “It is not ceding any ground to the opposition.”

What remains to be seen, however, is whether it is smart enough and if Modi’s rural push translates into political support in upcoming provincial elections, particularly in Uttar Pradesh, the country’s most populous state, in early 2017. As an editorial in the Hindu, an Indian daily, put it, the “focus on the rural and agrarian communities is clear proof that the Budget still retains its relevance as a powerful messaging tool of a government’s political stances. Whether Budget 2016 will engender a harvest of votes, only time will tell.” 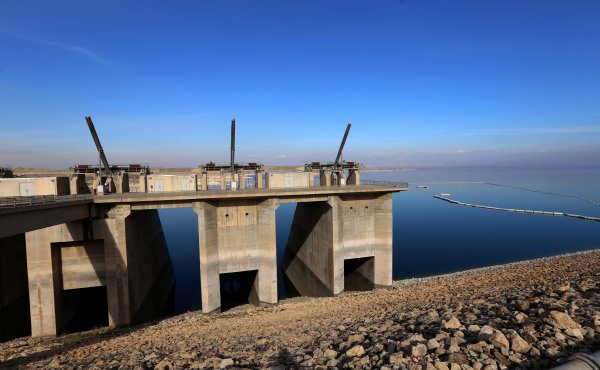