One of the five “missing” Hong Kong booksellers, Lee Bo, appeared on Chinese television Monday night, saying he would renounce his British citizenship and insisting that he had gone to mainland China of his own accord, reports Agence France-Presse.

Lee, 65, was the publisher of Mighty Current Media, a Hong Kong–based publishing house popular among mainland tourists for its scandalous books about the private lives of Chinese politicians. Lee disappeared from his warehouse in late December, turning up in mainland China one week later saying he was “assisting an investigation,” prompting speculation that he had been abducted by Chinese agents.

In the interview with Phoenix Television, a Hong Kong–based network that is among the few to enjoy broadcast rights in the mainland, Lee said he would renounce his British citizenship because people — among them U.K. Foreign Minister Philip Hammond — have cited it to “[make] a big fuss” over his disappearance.

In a video of the interview, which was uploaded to YouTube by the Hong Kong Free Press, Lee insisted that he was “free and safe,” saying “the reason I went to the mainland was to cooperate in a judicial investigation.”

His case has sparked concern in the territory that Beijing has violated the “one country, two systems” legal framework that grants Hong Kong, a Special Administrative Region (SAR) of China, a high degree of autonomy.

The interview aired the day after the other four booksellers — Gui Minhai, Lui Por, Cheung Chi-ping and Lam Wing-kee — admitted to unlawfully selling thousands of books in the mainland. They delivered their confession publicly — appearing, like Lee, on Phoenix Television. 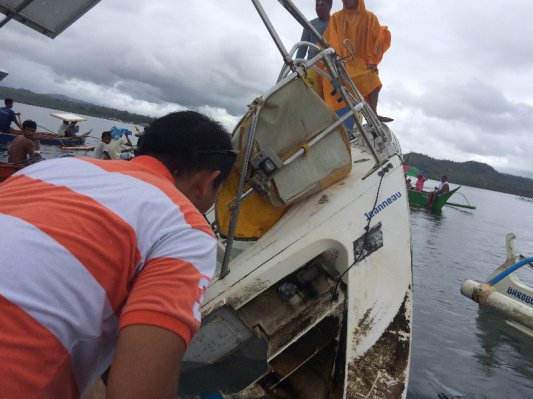 German Man Dies Mysteriously on Yacht Off the Philippines
Next Up: Editor's Pick