Canada Has Officially Met Its Target of Resettling 25,000 Syrian Refugees

Maryam and Nore Kasmeih wait for Syrian refugees at the airport on Dec. 10, 2015. Their mother came to Canada 15 years ago and their family that was in Syria fled to Turkey.
Steve Russell—Toronto Star/Getty Images
By Rishi Iyengar

McCallum was at Toronto’s Pearson Airport on Monday to receive the last two flights of refugees arriving under the Canadian government’s $500 million resettlement program, reports the Associated Press.

The program was launched in November, after current Prime Minister Justin Trudeau took office and promised to take in 25,000 asylum seekers fleeing violence in Syria by the end of 2015, but the date was later pushed back by two months.

Canadian broadcaster CBC reported that the 25,000th refugee touched down in Montreal on Saturday.

McCallum has previously said that he wants to resettle 35,000 to 50,000 Syrians by the end of this year. 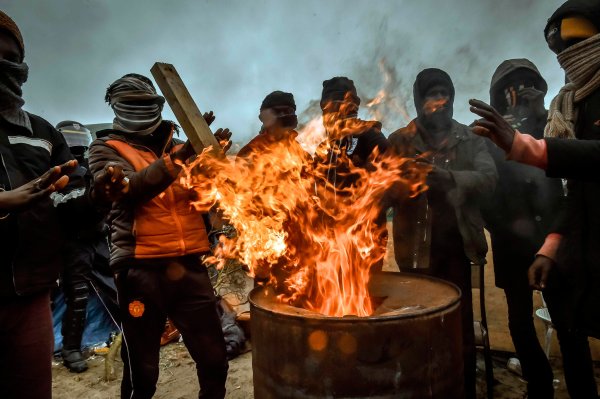 Witness the Fiery Destruction of a French Migrant Camp
Next Up: Editor's Pick