There’s nothing like hearing about history from those who saw it happening first-hand.

In the clip below, from a 1978 interview between the suffragist Isola Dodic and Marjorie DeFazio, Dodic describes participating in the suffrage march of 1913, which took place the day before Woodrow Wilson’s inauguration. It was a moment that TIME would later credit as instrumental to the eventual expansion of the vote: “In 1913 some 5,000 women, many of them bloomer-clad, marched down Washington’s Pennsylvania Avenue carrying placards addressed to Woodrow Wilson: MR. PRESIDENT! HOW LONG MUST WOMEN WAIT FOR LIBERTY? About 200 women were roughed up by unsympathetic bystanders, and 169 were arrested for obstructing traffic in front of the White House,” the magazine recalled in 1972. “Anger over the shabby treatment of the demonstrators, plus the momentum of state women‘s suffrage movements—Wyoming in 1890 was the first to enfranchise women—finally got women the vote throughout the U.S. with ratification of the 19th Amendment in 1920.”

The Radio Preservation Task Force, born of a project at the Library of Congress, is working to preserve and classify the nation’s audio history. In recent years, as many radio stations have changed ownership, many old tapes have been discarded and lost. The Pacifica Radio Archives, one of the archives that’s part of the project, has 70,000 reel-to-reel analog tapes, a small selection of which, like the clip above, are already online. 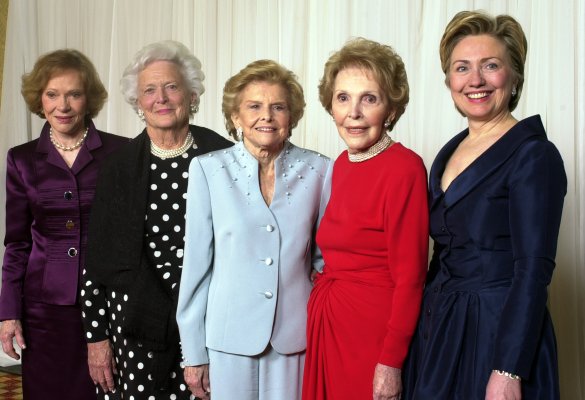