Here's Exactly How Hard the Oscars Worked to Combat #OscarsSoWhite

The Academy of Motion Pictures was under significant pressure Sunday night to deliver a show that ran counter to its image as a mostly-white organization dragging its feet on matters of inclusion. Between host Chris Rock’s scathing opening monologue and Academy President Cheryl Boone Isaacs’ more measured remarks on the organization’s recent efforts, race felt very much front and center at the show.

But the Oscars’ producers took great pains to ensure that it would look front and center, as well. Of the night’s 48 presenters and performers (including Rock and Isaacs), 19, or about 40%, were not white. That’s not including Angela Bassett’s pre-recorded segment, Rock’s daughter’s Girl Scout troop or the three Asian-American children brought to the stage for a rather unfortunate joke about accountants.

The Academy’s progress toward becoming a more inclusive body is, of course, more than a percentage for a single night when the whole world is watching. And for many, something doesn’t sit quite right about inviting people of color to present awards for which few, or in many categories zero, people of color were nominated. The real test will come when next year’s nominees are announced in January 2017. If true progress has been made in a year’s time, the 89th Academy Awards won’t be marked by that nagging feeling that something is being compensated for. 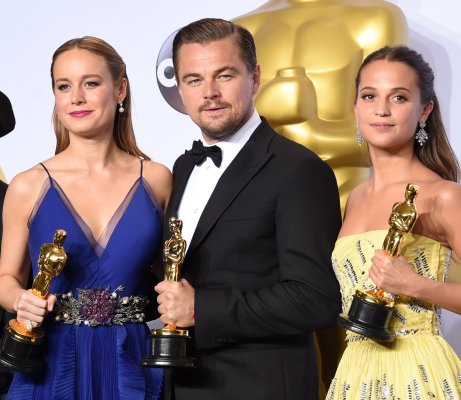 Watch the 2016 Oscars in Less Than 2 Minutes
Next Up: Editor's Pick