Seven movies have won both Best Actor and Best Actress at the Oscars, the most recent being As Good As It Gets, for which Jack Nicholson and Helen Hunt took home leading acting trophies in 1998.

It happened at this year’s Academy Awards — even if the situation requires stretching the rules a bit. A24, the distributor of Room, tweeted an image from the movie on Sunday night with a tongue-in-cheek message about Oscar history:

In Room, Brie Larson’s character, Joy, had been kidnapped seven years prior to the start of the film, so her bedroom includes the ephemera of many high school teenage girls. The poster of DiCaprio on her wall looks like it’s from his Titanic glory days in the late 1990s. And it’s also an indication of how long the actor has been in the cultural mainstream — he won his first Oscar for The Revenant on Sunday, 22 years after received his first nomination for What’s Eating Gilbert Grape.

A24, the three-year-old indie distributor, had an extremely triumphant night at the Oscars. In addition to Larson’s victory for Best Actress, the company nabbed prizes for Best Documentary (Amy) and Best Visual Effects (Ex Machina). 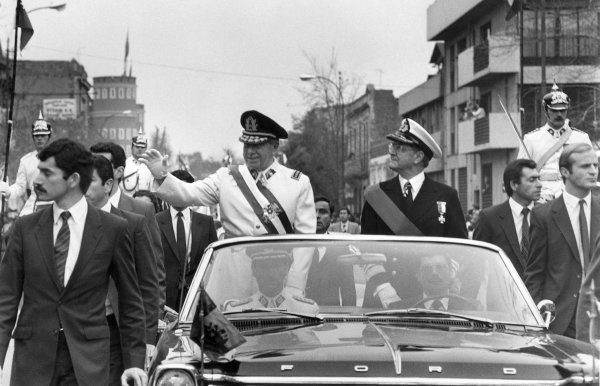 The Serious History Behind the Oscar-Winning Animated Short 'Bear Story'
Next Up: Editor's Pick