Trump's Views Are More Dangerous Than the KKK

In 1957, William Faulkner was a writer in residence at the University of Virginia. During one of his many public addresses, he was asked a question about the parallel of violence in his novels with that of the Ku Klux Klan and why he had never mentioned directly the connection. Faulkner, whose views on race and desegregation were, let’s say, complicated offered this answer:

The—the spirit that moves a man to put on a sheet and—and burn sticks in your yard is—is—is pretty prevalent in Mississippi, but not all Mississippians wear the sheet and burn the sticks. That they scorn and—and hate the—and look with contempt on the people that do, but the same spirit, the same impulse, is—is in them too, but they are going to—to use a different method from wearing a nightshirt and burning sticks. The—the Ku Klux Klan is—is the—the dull dreary minority. There’s nothing dramatic enough in the Ku Klux Klan for me to have needed to use that in a story…

Faulkner’s words provide some insight into the present outrage over Donald Trump and David Duke. People, especially GOP contenders, are horrified that Trump was slow to distance himself from the former Klan leader. That he wasn’t quick in his condemnation suggests to many that Trump himself may hold such views—that beneath the business suit is a white sheet. And people who wear such things are easily condemnable; they are the monsters that bear the burden of our national sins.

The irony, of course, is that Trump has been trafficking in bigotry all campaign. It is only now, when he stood on the verge of breaking another sacred rule—to be racist in the old, American way of being racist—that some in the GOP and the mainstream media are outraged.

But Faulkner is right. The loud racists who don sheets are “the dreary minority.” Social scientists have long noted that fewer and fewer whites hold explicitly racist views and express, in principle, a commitment to racial inequality. But most reject policies that would actually remedy that inequality. Princeton scholar Imani Perry talks about this as a kind of national cultural practice: all of us share common ways of thinking that sustain racial inequality.

So much of American life is organized by what I call the value gap: the belief that white people matter more than others. That belief is evidenced in our social lives, our political policy, and our economic arrangements, and it isn’t the sole possession of loud racists who identify with the Klan. Rather, all of us are shaped by the biases, stereotypes and the history of racism in this country that incline us to treat certain people in certain ways, and we often do so without giving it a second thought. It’s just habit, and to uproot it will require more than a rejection of the old ways of being racist.

It’s easy to condemn Trump and Duke, and to be self-righteous in doing so. It allows us to point to the bad people over there while protecting our illusory innocence. We should have been outraged by Trump from the very beginning. But that would’ve required that we confront the ugliness in ourselves. Americans aren’t too keen on that. We prefer our illusions straight no chaser.

As we watch the GOP presidential contenders pounce on Trump and declare their commitment to racial justice, perhaps we might keep Faulkner’s insight in mind: that the people who would condemn the Klan are often animated by “the same spirit, the same impulse.” 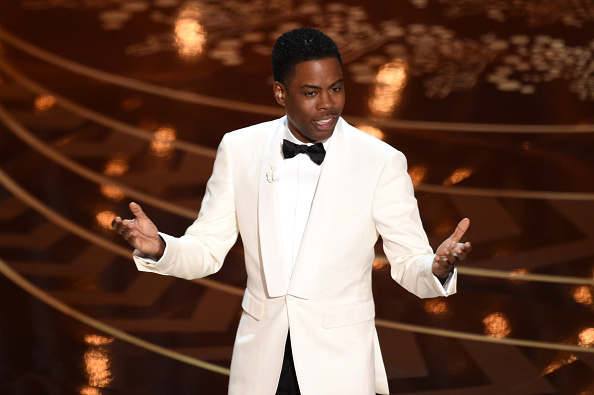 Chris Rock Should Know That Racism Isn't Black and White
Next Up: Editor's Pick