When Leonardo DiCaprio finally took home an Oscar Sunday night for his role in The Revenant, he received a standing ovation and tons of support from fans on social media. He also got a very emotional reaction from his Titanic co-star and longtime pal Kate Winslet.

Winslet, who was nominated for Best Supporting Actress for her role in Steve Jobs, was briefly caught on camera during DiCaprio’s big moment:

She’s nearly in tears. She wanted this to happen so badly. 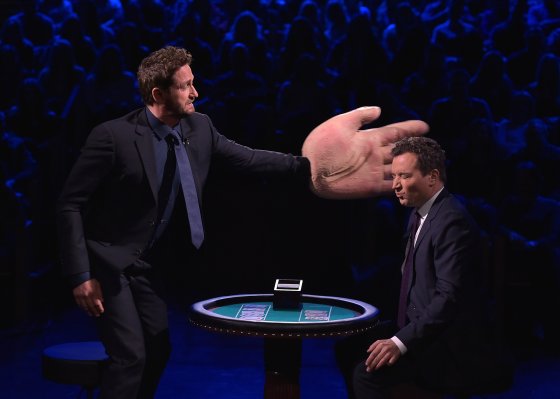 Watch Gerard Butler and Jimmy Fallon Slap Each Other Silly
Next Up: Editor's Pick