Richard Corliss speaks onstage during a "Meet Me in St. Louis" Screening during the 2014 TCM Classic Film Festival at on April 11, 2014 in Hollywood, California.
Stefanie Keenan--WireImage/GettyImages
By Eliza Berman

Most of the people recognized during the Oscars’ in memoriam segment Sunday night were those who made movies, whether in front of the camera (Maureen O’Hara, Alan Rickman) or behind it (Albert Maysles, Wes Craven). But the tribute also called out a man who loved movies, loved writing about them and did so with endless charm and rare insight: TIME’s late film critic, Richard Corliss. So many of the names that flashed across the screen, as Dave Grohl performed the Beatles’ “Blackbird,” conjured memories of Corliss’ reviews, the sheer pleasure he derived from the cinema and his unfailing—and uncommon—belief that everything is worth seeing. And so it was fitting to see his face among the faces of the industry he knew so well, one which, to be sure, was made the better for his having known it. 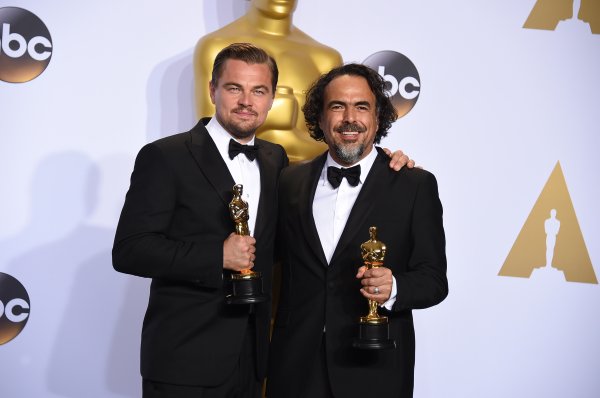 Diversity in the Spotlight at the Oscars
Next Up: Editor's Pick