When the stars were not chowing down on catered In-N-Out burgers at Vanity Fair’s annual Oscars party Sunday night, they were getting their pictures taken by the renowned photographer Mark Seliger—though not with greasy burgers in hand. It was Seliger’s third time setting up an instant portrait studio at the festivities. Below is a glimpse at some of his stunning photographs from the evening, featuring pop stars like Lady Gaga, Taylor Swift, Lorde and Justin Timberlake. And in terms of comedians, see shots of The Late Late Show host James Corden and one magnificent group photo of Larry David, Judd Apatow, Martin Short, Bill Maher, David Steinberg and Eugene Levy.

A 360-view of the photo sessions—featuring outtakes like Mad Men‘s Jon Hamm hamming it up for the camera—can also be seen on the publication’s Facebook page as well. 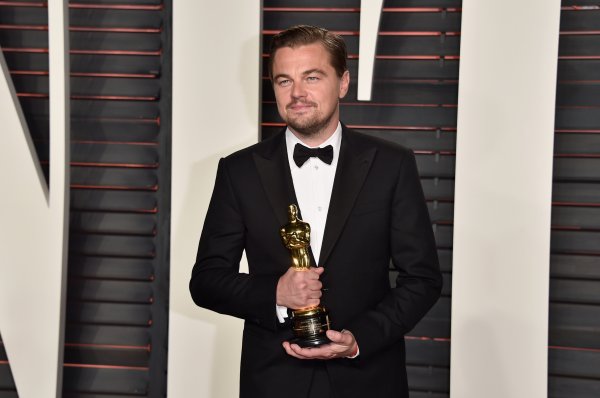 Watch Leonardo DiCaprio Try to Remain Calm as His Oscar Gets Engraved
Next Up: Editor's Pick