As you may have heard, Leonardo DiCaprio finally won an Oscar Sunday night for his role in The Revenant. The win generated more than 400,000 tweets per minute, becoming the most-tweeted moment in Oscars history.

So yes, fans were thrilled. But obviously nobody was more delighted than Leo himself. In a clip posted by Variety, you can see the actor waiting to get his shiny new statue engraved after the ceremony. He tries to play it cool, but he can’t stop himself from grinning, drumming his fingers impatiently on the counter and cracking jokes at his own expense.

After he receives his newly personalized award, he clutches it to his bosom and gently whispers “I’ll never let go.” (Well, not exactly, but pretty much.) 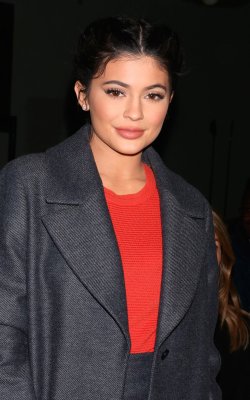