A U.S. student detained in North Korea for nearly two months allegedly confessed Monday to “the crime of taking down a political slogan” from the wall of a hotel in the capital Pyongyang, state media reported.

“I apologize to each and every one of the millions of the Korean people,” Otto Frederick Warmbier said during a press conference, according to CNN. “I wish that the United States administration never manipulate people like myself in the future to commit crimes against foreign countries.”

Read More: The Detention of a U.S. Student in North Korea Underscores the Risks of Traveling There

The 21-year-old University of Virginia student appeared to read from a statement as he alleged that a member of the U.S.-based Friendship United Methodist Church offered him a used car worth $10,000 to commit the “hostile act” and bring the banner back as a trophy. It is not clear if his confession was coerced, but previous detainees held in North Korea have often recanted their confessions once released, reports the Associated Press.

Warmbier’s appearance comes as international political pressure mounts against the hermit kingdom. Last Wednesday, the U.S. and China agreed to a U.N. resolution to impose sanctions on the North for its recent nuclear test and rocket launch.

Warmbier was reportedly seized before boarding a flight to China from Pyongyang on Jan. 2. His arrest recalled the danger outsiders face while traveling to the country, where visitors can find themselves rebuked for seemingly minor infractions, like photographing a passerby. 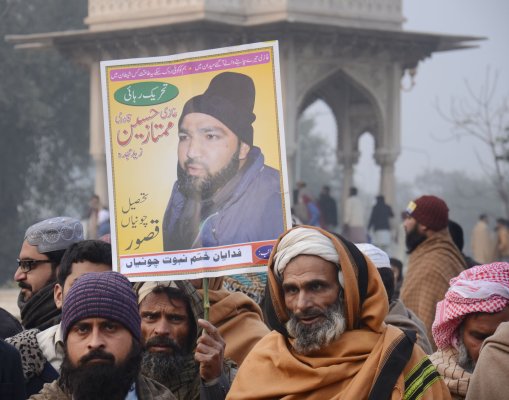