Kevin Hart on Hollywood Inclusion: 'Let’s Not Let This Issue of Diversity Beat Us'

At the Oscars Sunday night, comedian Kevin Hart used his time as a presenter to send a clear message about the path forward to a more inclusive, less divided Hollywood. Hart, who was introducing the Weeknd to perform his nominated original song “Earned It” from Fifty Shades of Grey, told viewers, “Let’s not let this negative issue of diversity beat us. Let’s continue to do what we do best and work hard.”

Hart also acknowledged many of the men and women who were conspicuously absent from the event. “I want to take a moment to applaud all of my actors and actresses of color that didn’t get nominated tonight…At the end of the day, we love what we do and we’re breaking major ground doing it.”

He followed up his inspirational message with a joke, quipping, “I only came tonight because I thought for sure I’d get a seat in the front row.” But, despite his sequin-embroidered tux, the Ride Along 2 star found himself several rows back, and the target of some loving guff from host Chris Rock. 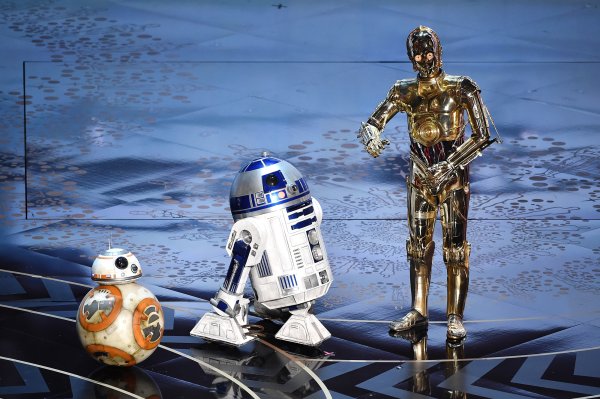