Angela Bassett during an interview on Late Night with Seth Meyers on Feb. 25, 2016 in New York City.
Lloyd Bishop—Getty Images
By Eliza Berman

The 88th Academy Awards did not tiptoe around the lack of inclusion in Hollywood, with host Chris Rock and several presenters taking frequent opportunities to bring the issue to light, often with cutting humor. In one such segment, a minute-long pre-recorded video dedicated to Black History Month, Angela Bassett took center stage to honor an actor who, she explained, has left an indelible mark on black history.

Bassett described a man, star of such classics as Enemy of the State and Shark Tale, whom viewers could only presume to be Will Smith—who, notably, had announced plans not to attend the Oscars in response to its all-white spate of acting nominees. But the man in question, the man whom Bassett held up as evidence of Hollywood’s long tradition of “acknowledg[ing] people of color,” turned out not to be Smith but his Shark Tale costar, a man who may be “black,” but only in name: Jack Black. 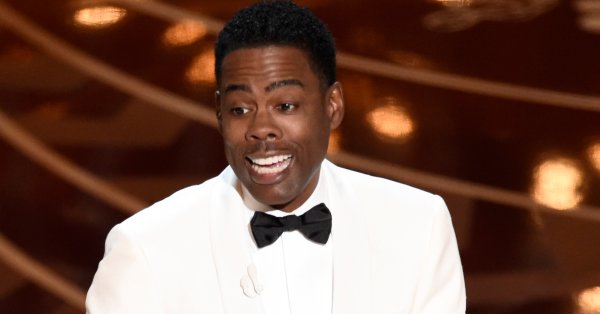