Donald Trump was slammed Sunday by a slew of civil rights advocates and his presidential rivals for refusing to condemn the Ku Klux Klan or “unequivocally” distance himself from the white-supremacy group.

The Republican front runner was widely criticized after he claimed on CNN’s State of the Union that he didn’t know enough about former Klansman David Duke to disavow his recent support. Several presidential hopefuls pounced at the chance to chide Trump, including Democratic candidate Bernie Sanders who tweeted that “America’s first black president cannot and will not be succeeded by a hatemonger who refuses to condemn the KKK.”

In a show of solidarity, rival Hillary Clinton retweeted Sanders’ message to her nearly 6 million followers.

The criticism comes after Duke told his followers earlier this week that voting for anyone but Trump would be “treason to your heritage.” It immediately prompted the Anti-Defamation League (ADL) to call on Trump to “unequivocally” distance himself from white supremacists and disavow their ideology. Instead, the billionaire businessman said he first needed to “do research” before saying outright that he didn’t want their support at all. However, Trump had spoken out about Duke, recognizing him as a Klansman, in 2000 when he decided to end his exploration of a run for President, according to the New York Times.

After the CNN interview, Trump posted a video on his Twitter account showing him addressing the Duke endorsement at a news conference Friday. “David Duke endorsed me? O.K. Alright,” he said. “I disavow, O.K.?”

Trump’s lack of action was “really sad,” said Texas Senator Ted Cruz, who said the real estate mogul was “better than this.” “We should all agree, racism is wrong, KKK is abhorrent,” he tweeted.

Marco Rubio chimed in, denouncing Trump at a rally and taking to his Twitter account. “We cannot be a party that nominates someone who refuses to condemn white supremacists and the Ku Klux Klan,” Rubio wrote.

Civil rights groups said there shouldn’t be any hesitation in denouncing the KKK. “Condemning David Duke and the Ku Klux Klan at every opportunity should be the easiest thing anyone can do,” Heidi Beirich of the Southern Poverty Law Center said in a statement. “The hatefulness of their ideas and actions are well-established and should be condemned forcefully by all responsible political leaders.”

The ADL’s leader issued a new statement Sunday, further explaining why Trump shouldn’t align with Duke or other white supremacists. “David Duke is a notorious anti-Semite and racist and his name is synonymous with bigotry,” ADL CEO Jonathan Greenblatt said. “Duke is a perennial candidate for elected office and perhaps America’s best-known racist and anti-Semite.” 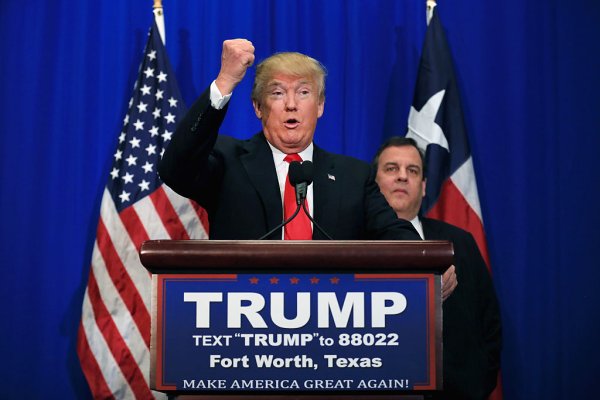