The Republican frontrunner shared the saying made famous by the founder of the fascist movement with his 6.4 million followers. “@ilduce2016: ‘It is better to live one day as a lion than 100 years as a sheep,’ – @realDonaldTrump #MakeAmericaGreatAgain,” the tweet said.

It comes from a parody account created by Gawker specifically to troll the bombastic billionaire, the website claims. The account’s profile picture is a composite of Trump’s hair and Mussolini’s face.

Trump said on Sunday that he wasn’t aware the quote came from Mussolini. “It’s a very good quote,” he said on NBC’s Meet the Press, adding that he didn’t want to be associated with the dictator. “I didn’t know who said it, but what difference does it make if it was Mussolini or somebody else?It’s a very good quote.” 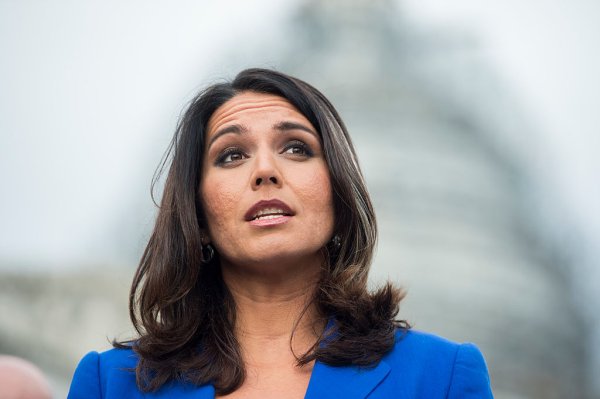