A comedy video creator has released a fake trailer for Straight Outta Compton that retells the movie focused on one white man in a way that “would have swept the Oscars.”

The nearly 3-minute clip released Friday by Super Deluxe tells the tale of the group NWA’s rise in the mid-1980s that revolutionized the hip-hop culture. However, the new trailer centers the story around the group’s white manager played by Golden Globes-winning actor Paul Giamatti and how he “risked it all” to spark a music revolution, the video’s description says. “He wasn’t afraid to take a chance and became the most important figure in hip hop history,” reads the description of the video titled, If Straight Outta Compton Was An Oscar Contender.

The fake trailer comes amid criticism of the all-white Oscar acting nominations. The only members of the creative team behind Straight Outta Compton to reportedly be invited to the Oscars are the four white screenwriters who received nominations. 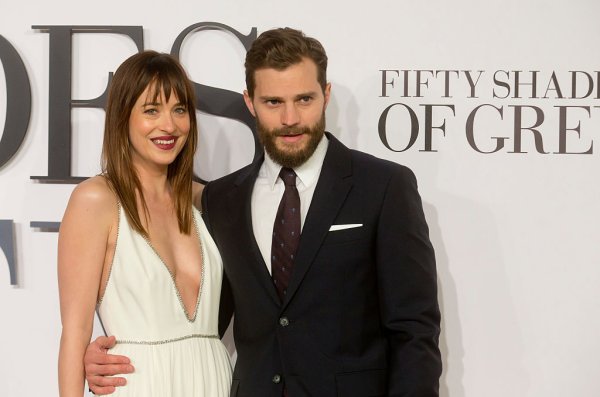 Fifty Shades of Grey Dominates the 2016 Razzies
Next Up: Editor's Pick