Four formerly abandoned dogs held the spotlight at the Brazil Open on Thursday, picking up out-of-bound balls during an exhibition tennis match in an initiative aimed to promote the adoption of abandoned street animals.

The dogs walked out onto the court with the tennis players, ranked 122nd and 140th, who played along and intentionally missed some of the balls.

Frida, Costela, Mel and Isabelle chased down the balls at the command of their trainer, Andrea Beckert, who said making the animals confident and playful was a challenge.

“These are dogs that were mistreated,” she said. “We have to make them adapt, feel the environment, the court, the noise of the balls and the noise of the people. Some are doing well, others are still a little scared.” 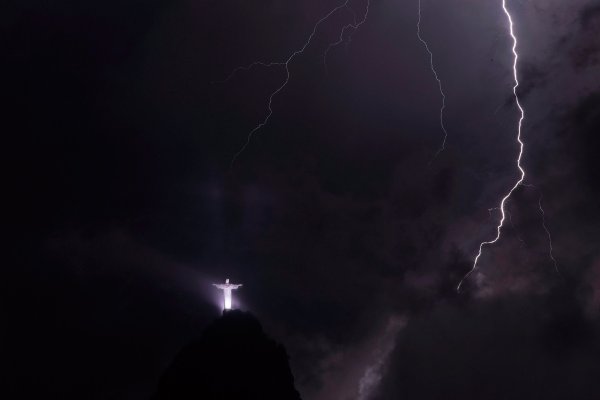 See a Stunning Photo of Lightning Nearly Striking 'Christ the Redeemer'
Next Up: Editor's Pick