Lady Gaga made hearts swoon at last year’s Oscars with a remarkably able Sound of Music medley, and she struck a chord once again this year with an emotional rendition of her Oscar-nominated original song, “Til It Happens to You,” from the documentary The Hunting Ground. While the film addresses the issue of sexual assault on college campus, the song takes a more personal approach, inspired by Lady Gaga’s own experience of being raped at 19.

The singer was introduced by Vice President Joe Biden, who encouraged viewers to take a pledge on ItsOnUs.org, “a pledge that says, ‘I will intervene in situations when consent has not or cannot be given.'” He continued, “We can change the culture so that no abused woman or man, like the survivors you’ll see tonight, have to ask themselves, ‘What did I do?’ They did nothing wrong.”

There were few dry eyes in the house as Gaga poured her soul into the song and dozens of survivors, both male and female, walked onstage, some with messages like “Not Your Fault” written on their arms. 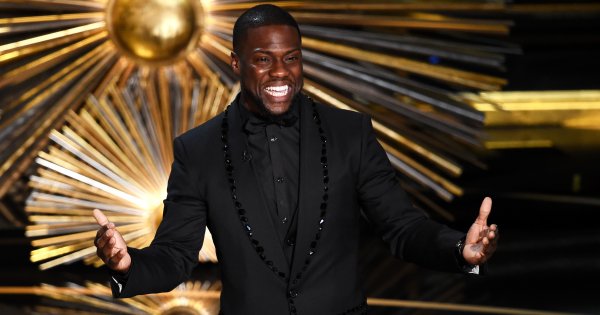 Kevin Hart on Hollywood Inclusion: 'Let’s Not Let This Issue of Diversity Beat Us'
Next Up: Editor's Pick