Of all the prophesies fated to come true on Oscar Sunday, Leonardo DiCaprio’s win for Best Actor—his first ever Academy Award—was perhaps the most strongly willed by pundits and fans. When his name was announced, the actor reacted graciously—as he has done many times before—and took the stage to thank everyone from the casting director who cast him in his first film to mentor Martin Scorsese to his parents, friends and The Revenant cast and crew.

But the star of The Revenant, whose performance in that movie required a grueling filming process marked by bitter cold and some much-discussed bison liver, spent the majority of his speech addressing the issue about which he is most passionate: climate change.

“Making The Revenant was about man’s relationship to the natural world, a world that we collectively felt in 2015 as the hottest year in recorded history,” he said. “Climate change is real, it is happening right now, it is the most urgent threat facing our entire species, and we need to work collectively together and stop procrastinating.” 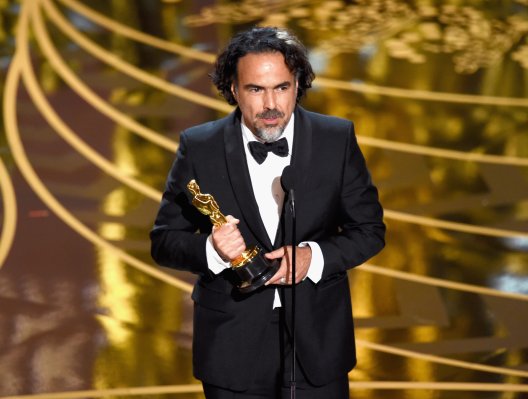 Here's How Alejandro Iñárritu Just Made Oscar History
Next Up: Editor's Pick