The Samsung logo is seen at CES 2016 at the Las Vegas Convention Center on January 6, 2016 in Las Vegas, Nevada.
Alex Wong/Getty Images
By Don Reisinger / Fortune

Put one in the win column for Samsung.

The U.S. Court of Appeals for the Federal Circuit on Friday ruled (PDF) in favor of Samsung in a long-fought patent battle with Apple. The court’s ruling means Samsung will not be required to pay $120 million in patent-infringement damages, nor will it need to alter any product designs, dealing a blow to Apple’s argument that Samsung has “slavishly” stolen its intellectual property.

In its ruling, the U.S. Court of Appeals said that Samsung did not in fact violate patents Apple holds related to turning alphanumeric characters, such as phone numbers, into links, as well as the iPhone’s slide-to-unlock feature. The court also reversed an earlier jury decision that Samsung violated an Apple patent on auto-correction.

The court was particularly scathing in its comments about Apple’s patents, calling them “obvious”—a term used to describe technologies that are not deserving of patents. The court added that Apple’s slide-to-unlock and auto-correct patents are “invalid.”

Apple and Samsung have been battling over patents since 2011. Both companies have said that the other has violated patents they own related to mobile technology and design. As the patent-infringement cases extended across the U.S. and Europe, neither Apple nor Samsung won a significant case until 2012, when Apple won a landmark ruling in California that awarded the company more than $1 billion in damages.

Since then, the companies decided to scuttle their international disputes and focus solely on the U.S., but the patent-infringement cases have continued to fly. Over the last couple of years, a series of appeals, rulings, and trials whittled down Apple’s $1 billion in damages to $548 million. Samsung has appealed that case to the U.S. Supreme Court in hopes of ultimately dealing a final blow and retrieving its cash from Apple, which is currently holding it until the Supreme Court decides whether to hear the case.

The case in question on Friday is the other big battle between Apple and Samsung. Like the other case, Apple and Samsung sued each other over alleged patent infringement across a slew of mobile devices. Apple had initially sought $2 billion on the patents cited in the case, but was awarded just $120 million by a jury in 2014.

At that time, the jury also awarded Samsung over $158,000 for Apple’s alleged infringement of a patent related to the way photos and videos are organized in folders. Interestingly, the U.S. Court of Appeals sided with the jury on Friday, meaning Samsung will still be able to collect that small sum of cash if Apple doesn’t appeal the ruling.

Samsung argument in the case centered on the idea that Apple’s patents are invalid and obvious, and should not be a legitimate means by which the company could collect damages. The court’s agreement calls into question the validity of Apple’s patents and whether the company could (and should) hold patents related to so-called “obvious” technologies like slide-to-unlock—a software mechanism that allows users to unlock their smartphones.

Given that, it’s possible the issue could ultimately find its way to the U.S. Patent and Trademark Office (USPTO), which awarded the patents to Apple. The USPTO has reviewed the legitimacy and validity of Apple patents in the past, most recently examining whether the so-called ‘915 patent, which describes how the pinch-to-zoom feature works on touch devices, is “patentable.” The USPTO has on separate occasions determined that the ‘915 patent should not have been awarded, forcing Apple to file an appeal last year to the Federal Circuit in hopes of keeping its patent and the damages associated with it.

With the latest ruling now in, Apple has effectively lost $120 million in damages it would have otherwise received from Samsung and will now need to pay out a little over $158,000. The company can either accept the ruling or appeal it, though it hasn’t said what its next move will be.

An Apple spokesperson declined to comment on the ruling.

In addition to Samsung, several industry giants, including Google, Facebook, and eBay, may be pleased by today’s ruling. In July, those companies, along with others in the industry, filed a brief with the Federal Circuit Court supporting Samsung’s fight with Apple. The companies argued that if Apple’s victories are allowed to stand, it could unleash a series of subsequent patent lawsuits utilizing the same intellectual property to target other device makers. Those lawsuits, the coalition said, would negatively affect the development of “useful modern technologies” and “have a devastating impact on companies.”

Samsung did not respond to a request for comment. 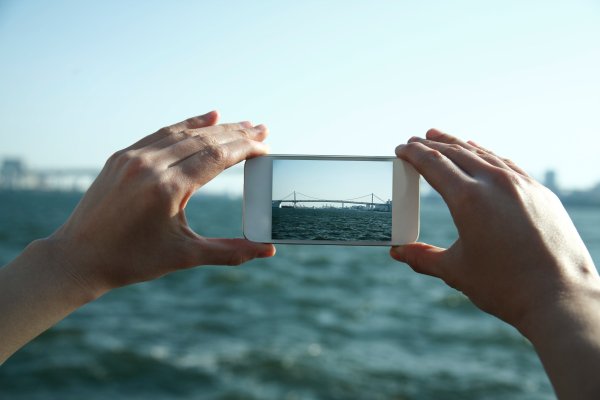 Smartphone Makers Are Finally Moving Past Megapixels
Next Up: Editor's Pick