The next time you actually click a Facebook ad, you may not get shuttled over to a marketer’s website. The social network announced Feb. 25 that it’s opening up Canvas, its full-screen multimedia ad format, to all advertisers.

The goal of Canvas is to show users more engaging ads that load much faster than the external webpages to which ads often point. Canvas ads reside in the News Feed just like traditional ads, but when clicked they expand into a full-screen ad that can include images, text and video.

A big problem with mobile advertising is that it’s harder for marketers to really grab a user’s attention with such a small amount of visual real estate. These new ads, like the vertical ads on Snapchat, are likely to leave a bigger impression than banner ads or other types of mobile marketing.

Major brands like Coca-Cola and Burberry have already used the format and, according to Facebook, found it effective. In Coke’s case, people who viewed the ad watched it for 18 seconds on average, which is a long time in the battle for attention on mobile devices.

The ad format is the latest initiative in Facebook’s ongoing plan to move more Internet activity to its own apps. The social network recently launched Instant Articles, which let news organizations load their content directly into the Facebook app for faster loading. 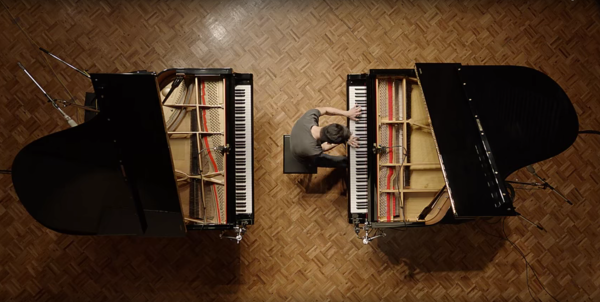 Google Calls the iPhone a One-Note Piano in New Ad
Next Up: Editor's Pick