Update: At the 88th Academy Awards on Feb. 28, DiCaprio’s quest for Oscar glory was finally fulfilled with a win for his performance in The Revenant. His reaction, much like in years past, was nothing but gracious.

On Sunday night, Leonardo DiCaprio will attend the 88th Academy Awards, no doubt looking spiffy in a smart tuxedo, as he has done on many previous occasions. And though he’s walked away empty-handed on four such nights before, this year may be different: Everyone—actually, literally, basically, scientifically everyone—expects him to win for his bison liver-eating 19th century trapper in The Revenant. But accustomed as the actor may be to watching his peers clutch those trophies instead of him, DiCaprio has shown grace instead of grimacing every time. Instead of sneers and jeers, he doles out something sweeter: kisses. 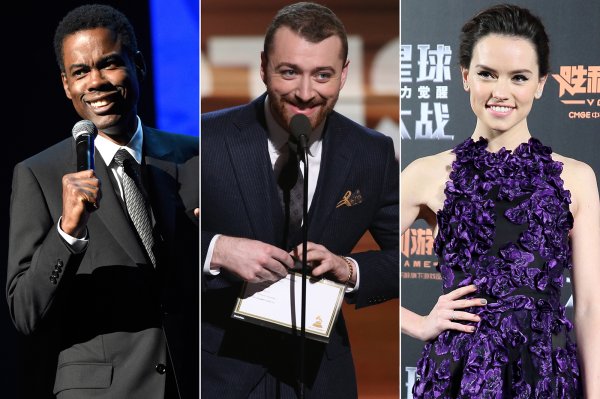 Everything You Need to Know About the 2016 Oscars
Next Up: Editor's Pick