A Chinese human-rights lawyer who was detained six months ago appeared on state television Thursday night to allegedly “confess” to disrupting social order and endangering Chinese national security, among other things, according to a transcript of the declaration quoted by the South China Morning Post.

Zhang Kai, who gained prominence as a defender of Christian legal rights in China, was arrested in August 2015 amid a state crackdown on churches in the country, which Zhang had openly condemned. His appearance on state-controlled television network Wenzhou TV on Thursday marked his first public appearance since his detention, reports the Guardian.

During the confession — which many activists assert was scripted by state officials — Zhang called on other attorneys to see him as an example.

“I also warn those so-called human-rights lawyers to take me as a warning and not collude with foreigners, take money from foreign organizations, or be engaged in activities that break the law or harm national security and interests,” he said.

Zhang is the latest Chinese detainee to deliver a confession before the nation, an act that many see as tantamount to being publicly paraded. In January, Gui Minhai, a Hong Kong–based publisher who had gone missing from Thailand, appeared on the official CCTV news channel to admit culpability in an alleged fatal drunk driving incident 12 years ago. Gui was an affiliate of Mighty Current Media, a publishing firm known for its salacious books critical of Chinese authority. 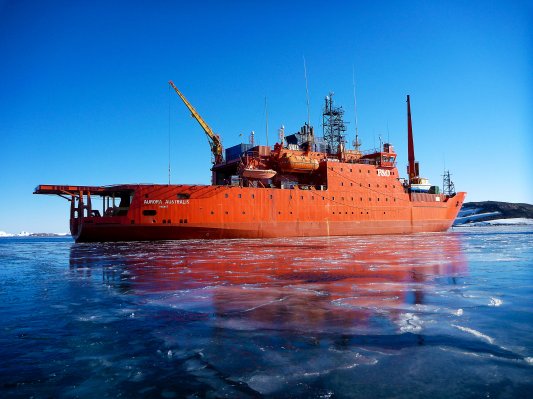 Australia Rescues 37 People Stranded on Ship in Antarctica
Next Up: Editor's Pick