Europe in Turmoil as Leaders Struggle to Control Migrant Situation

A temporarily stranded Syrian refugee is seen on a wheelchair at a makeshift camp near the Greek village of Idomeni, next to the border with Macedonia, on Feb. 24, 2016
Yannis Behrakis—Reuters
By Nash Jenkins

The European Union could be on the cusp of a massive humanitarian catastrophe as leaders stumble in their efforts to regulate the flow of migrants crossing its borders from the Mediterranean Sea.

“The possibility of a humanitarian crisis of a large scale is there and very real,” Dimitris Avramopoulos, the E.U. commissioner responsible for immigration issues, told the Guardian.

The crucible of the conflict is Greece, which has been a primary waypoint for the hundreds of thousands of migrants who have made their way to Europe from the Middle East in the past year. Fleets of ferries carrying groups of asylum seekers continue to arrive at Greek ports, but in recent weeks the country’s northern neighbor Macedonia has enacted stringent immigration policies, demanding travel documents from potential immigrants and banning Afghans from entering the country. The closure has left thousands of people stranded at Greece’s northern borders.

Read Next: The Shops That Turned the Calais ‘Jungle’ Into a City

Tensions are now flaring between Athens and Vienna, which has led the initiative to stymie the passage of migrants from Greece into the rest of Europe, the BBC reports. On Thursday, Greece withdrew its ambassador to the country after Austrian leaders declined to invite Greek officials to a summit with Balkan nations on the crisis.

E.U. officials have turned their attention to Turkey, the origin point for most of the migrants and refugees who enter Greece by sea. Reuters reports that if Turkey does not demonstrably tighten its borders by the end of the first week in March, the E.U. will suspend its Schengen free-passage policy, which allows those inside E.U. boundaries to travel across internal borders without going through passport checks. 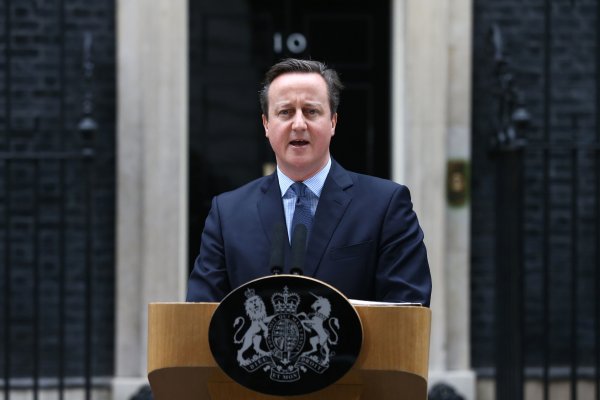 Emotion, Not Facts, Will Decide Whether Britain Stays in the E.U.
Next Up: Editor's Pick