Babies born in states which offer paid parental leave are less likely to be admitted to hospital with head injuries, a new report has found.

The analysis, issued by a division of the Centers For Disease Control (CDC), looked at 16 year’s worth of hospital admission data from California, which has paid parental leave policies, and from seven states which did not. The CDC researchers found that, particularly during the Great Recession, more infants and toddlers were admitted with abusive head trauma in states which do not offer a way for people to maintain their income after the birth of a child.

Abusive head trauma (AHT) —sometimes called shaken baby syndrome—is a leading cause of death for infants younger than 2. Most kids who are admitted to hospital with this condition are between nine and 20 weeks old, right at that age when their crying is loud enough to be really grating and parents are often still new enough that they haven’t quite figured out how to calm them down.

Usually, alas, the people who are doing the shaking are men. So far, the chief way of reducing AHT has been through education, but programs have not made much of a dent in the numbers, says the CDC.

California implemented paid parental leave policies in 2004. Since that time, AHT statistics in that state have dipped slightly, except for a little uptick right around the financial crash and in 2010. In the seven comparison states however, AHT numbers spiked dramatically during the same period.

Read More: Why Women Need to Fight For Paternity Leave

While it’s not clear that the paid parental leave was the cause of the lower numbers in California, there are reasons why it might have: new mothers can care for their infants instead of or along with male caregivers, the moms are not stressed by the loss of income and therefore their children may be calmer and easier to console.

But there are also reasons why it may have no bearing: most parents who bring their kids to hospital with this condition are white, high-school educated and poor. Thus they are also least likely to have access to parental leave policies, which are not available to all types of employee. Moreover while California allows 12 weeks paid leave, the majority of parents only take six, and most of the victims were older than that. Finally, only about a quarter of those who can take paid parental time off actually take it.

The study calls for further investigation into whether paid family leave might be the solution to a seemingly preventable form of lifelong harm to children. 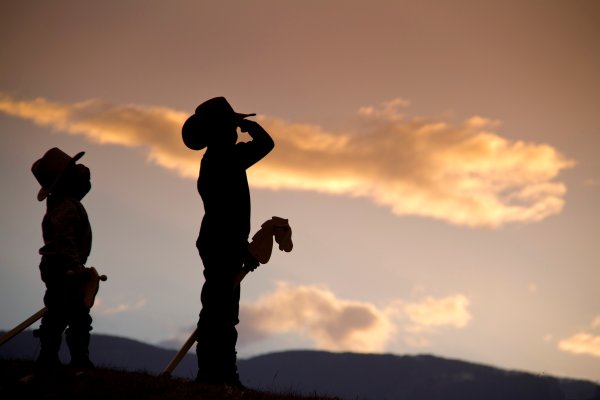 How to Discipline Your Child, According to a Marine Corps Drill Instructor
Next Up: Editor's Pick