“I have great respect for Governor Mike Huckabee and we have a mutual admiration for our wonderful families. It is great to have his daughter, Sarah, join the campaign,” Trump said in a statement.

“What makes Mr. Trump my choice for president is he will break the grip of the donor class on our government and make it accountable to working families again,” said Sanders, who is joining Trump’s team as a senior advisor.

Sanders’ father, the former Arkansas Governor, was previously Trump’s rival for the Republican nomination and dropped out of the race immediately after the Iowa caucus results rolled in. Huckabee, who ran for president in 2008 as well and won the Iowa caucus that year, has yet to endorse someone in the race. The announcement could be a hint that he’ll throw his weight behind Trump.

Huckabee is no fan of Texas Sen. Ted Cruz, who successfully appealed to Huckabee’s evangelical Christian base during this campaign. But Huckabee does have a close relationship with Florida Sen. Marco Rubio; Rubio endorsed him in 2008, and Huckabee helped Rubio in his Senate election in 2010. If Huckabee’s daughter’s new gig on team Trump is any indication, those ties with Rubio may be strained. 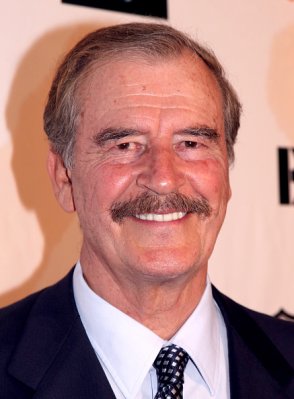 Former Mexican President: We're Not Paying for Trump's Wall
Next Up: Editor's Pick