Here's How to See #OscarsSoWhite in Real Time on Sunday

If you are watching Sunday night’s 88th Academy Awards ceremony and want to know how well Hollywood is handling its racism fracas, where should you look?

To the host, Chris Rock, an outspoken black man? To nominees in the major acting categories, all of whom are white? Or perhaps to the celebrity presenters, which will include a mélange of African Americans, Latinos and Asians?

The answer? None of the above. Instead, you might get a better idea of how well Hollywood is stepping towards diversity if you look at a group of well-dressed people hovering in the side aisles of the Dolby Theatre. They can tell you more about the chronic nature of exclusion in Hollywood than do any of the high-profile presenters and nominees lining up for the major acting awards.

When I was the editor of People magazine, I went to the 67th Academy Awards ceremony at the Shrine Auditorium in Los Angeles in 1995. It was the year Forrest Gump won Best Picture, and Pulp Fiction won Best Original Screenplay. As I sat in the celebrity-filled audience, I noticed that equally glamorously dressed group of men and women standing in the side aisles flanking the audience.

“Who are they?” I asked my companion. “Oh,” he said, “those are the seat fillers.” Seat fillers? I was quickly informed that seat-fillers are those people whose job is to scan the audience in case someone gets up to receive an award or goes to the bathroom. The designated seat-filler would then quickly sidle into the row and occupy the vacated seat. When the TV cameras panned over the audience, the audience would look reassuringly filled, with no embarrassing empty seats.

I did a double-take. All of these seat fillers were white. “How do people get these jobs?” I asked my companion. “Because they are friends and family of members of the Academy,” he explained. In other words, even when Hollywood had the opportunity to fake diversity, it did not. The optics that mattered were not about race.

The following year, I assigned a cover story at People on the demographics of the Oscar nominees. Minorities were startlingly underrepresented in all categories. Here’s how that era looked, according the People story by Pam Lambert.

In other words, the exclusion of minorities was systemic and deep—not isolated to the acting awards. It started with the craft unions. The article proclaimed the issue “a national disgrace” and generated protests at the time led by Jesse Jackson—but the film community circled the wagons and the protests died down.

Now here we are, 20 years later. Angry voices again decry racial exclusion in Hollywood. According to a 2012 Las Angeles Times study, only about 2% of the Academy’s members were black, and the Academy has announced a plan to double diverse membership by 2020. As we already know, the nominees are at least as white as they were the night Tom Hanks won Best Actor in 1995.

So on Sunday night, when you want another measure of diversity, look beyond the camera to the people who literally and figuratively represent the human character of the Hollywood community itself: the seat fillers. 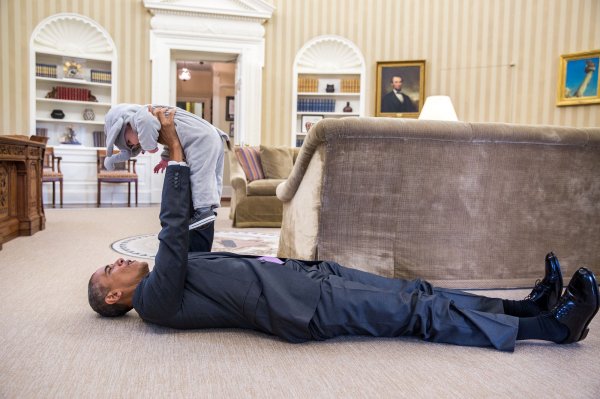 Why I Created #ObamaAndKids
Next Up: Editor's Pick