Google Can Tell Exactly Where a Photo Was Taken

The Google logo is displayed at the Google headquarters on Sept. 2, 2015 in Mountain View, Calif.
Justin Sullivan—Getty Images
By Lisa Eadicicco

Google’s technology can already recognize objects in photos, like animals, plants, food and more. Now, the Mountain View, Calif. firm is developing software that can determine where a photo was taken even if it lacks GPS data, MIT Technology Review reports.

Google’s technology, called PlaNet, determines a photo’s location by comparing it to a database of geotagged images from around the web organized into grids. In a test pitting PlaNet against 10 well-traveled people, Google found that its software was better able to determine a photo’s location than humans, running 28 out of 50 rounds.

“We think PlaNet has an advantage over humans because it has seen many more places than any human can ever visit and has learned subtle cues of different scenes that are even hard for a well-traveled human to distinguish,” Tobias Weyland, a computer vision specialist at Google, told MIT Technology Review.

The achievement is yet another sign that Google is improving its artificial intelligence software. The company also recently partnered with machine learning startup Movidius, which makes a vision processor for mobile devices that aims to replicate human eyesight. 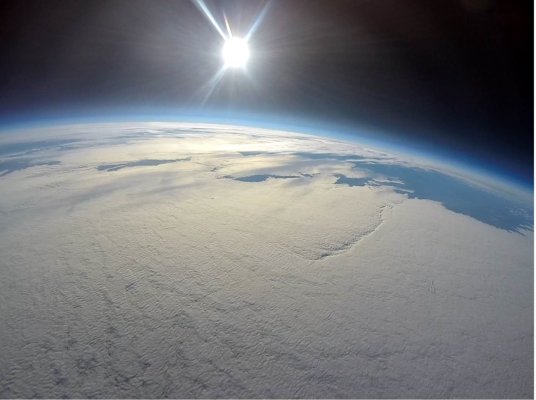 You Can Play Mission Control With a Weather Balloon Today
Next Up: Editor's Pick