What a U.K. Exit from the E.U. Could Mean
by Ian Bremmer

Exclusive: Shimon Peres on Peace, War and Israel’s Future
The 92-year-old former Prime Minister and President speaks his mind about the possibilities for peace under Netanyahu

This Is the Real Reason Apple Is Fighting the FBI
If the FBI wins, it could open the door to massive surveillance

Future Proofing
Prominent scientists, inventors, entrepreneurs and futurists expect competing things from the emergence of AI. What most divides them is whether the technology will be a benevolent development or a catastrophic one. Here’s a look at that spectrum:

Review: A Vice TV Network Shows the Limits of Rebelliousness
The brand takes an unhip turn

A Fake Rothko and the Rise of Modern Fraud
A painting’s worth can be a matter of smoke, mirrors and marketing

China’s War on the Media

Encounters with the Arch-Genius, David Gelernter
The artificial intelligence pioneer has some radical ideas about the supremacy of the human mind

The GOP’s Last, Best Chance to Trump Trump
Who can take him down?

Syria’s Lost Cause
Western-backed rebels are in desperate straits

Review: Growing Up Is Hard to Do onTogetherness
There’s something here for any viewer who’s been taken by surprise at getting older

The Supreme Court’s Next Trial
What happens in the wake of Antonin Scalia’s death?

Review: Alluring Embrace of the SerpentExplores the Mysteries of the Amazon
The majesty of nature is this film’s true star, and Guerra captures the glory of every leaf and every inch of sky

Not Fine Art
In forgery investigations, the tiniest mistakes can make all the difference, as in the cases below. 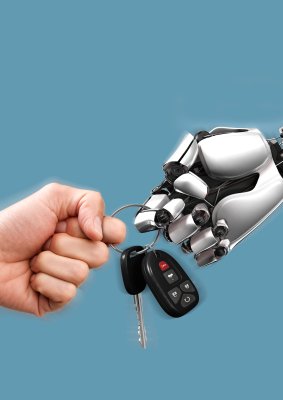 Why You Shouldn’t Be Allowed to Drive
Next Up: Editor's Pick