A Michigan Shooting Spree Kindles Fear of the Scaring Economy

Long before the existence of Uber, the ride-booking service for which Jason Dalton was ferrying passengers around Kalamazoo on Feb. 20–the day he allegedly shot and killed six people–the western-Michigan city maintained a prominent place in the history of automotive livery. For years, Kalamazoo was best known as the home of Checker Motors Corp., maker of the nation’s most famous taxicabs.

The squared-off Checker sedan was an American icon, the car you pictured idling at the curb after you hailed a taxi. It puttered in from another time, distinguished by a passenger compartment “as large as a Manhattan living room,” as one writer put it, and a driver who harbored fears about who might be back there. In 1968 the company rolled out a model with a built-in bulletproof partition, “scientifically engineered to protect drivers against assaults and holdups,” according to the sales brochure, which is available, of course, on eBay.

The rise of the sharing or peer-to-peer economy has been swift and relentless. More than 90 million U.S. adults have taken part in some way, according to a TIME poll from December, hailing rides through Uber, staying in homes rented on Airbnb and receiving packages delivered by Postmates. Given our growing reliance on such services, it’s no surprise when something punctures the trust at the core of their business model–even if, in the case of Dalton, Uber actually played no tangible role in the shootings. Indeed, Dalton never so much as threatened his passengers, though one was badly shaken when his driving turned suddenly wild after a mysterious cell-phone call a couple of hours before the first fusillade. Otherwise, the married father of two did his job, picking up and safely delivering fares both before and after allegedly shooting a woman in an apartment-building parking lot. Police say he answered yet another hail after shooting three more people outside a car dealership and four elderly women in a Cracker Barrel parking lot.

We first learned this when passengers posted their invoices on social media. Uber receipts fashioned to provide reassurance and transparency read differently in retrospect: Your last trip and You rode with Jason. The “safe rides fee” the company adds to each trip is actually a surcharge to cover Uber’s background check on its drivers. In Dalton’s case, there was nothing to find–he had no criminal record nor any other legal red flags. “A background check is just that,” said Ed Davis, a former Boston police commissioner who serves on Uber’s safety-advisory board. “It does not foresee the future.”

But that’s only part of the problem. Peer-to-peer business is a lot of things–mobilizer of underused assets, enforcer of new efficiencies and, often, employer of last resort. Some cabbies make a career hacking. But the long hours and low pay make it a fallback for new immigrants and anyone whose prospects have faded. And though it’s impossible to know how anyone will behave in a closed metal box with a stranger, an aspiring cabbie in New York City must be fingerprinted and drug tested, sit through training videos and, not least, present himself in person to licensers. Uber does not collect fingerprints or any other biometric assurance that an applicant is who he says he is. Its scan of public records looks back only seven years; law-enforcement checks typically reach back 25.

For the world’s most valuable startup, a firm known for its swagger, Dalton’s case presents a delicate test. Right now, no one from Uber meets a new driver before the passenger does. That flips the assumption of risk that led Checker to safeguard cabbies almost 50 years ago.

Many people in TIME’s poll thought startups are exploiting a lack of regulation, and the unease over Kalamazoo implies an appetite for balancing that. Riding with Uber or its chief rival, Lyft, is almost a frictionless transaction: the fare is paid in advance, on the app, eliminating the tension of meters and tips. (Had that innovation arrived in, say, 1993, perhaps the 43 New York cabbies murdered that year would have lived.) But that doesn’t mean you necessarily know who’s in the car with you.

Frictionless has its appeal, at least until things start moving too fast.

–With reporting by KATY STEINMETZ/SAN FRANCISCO 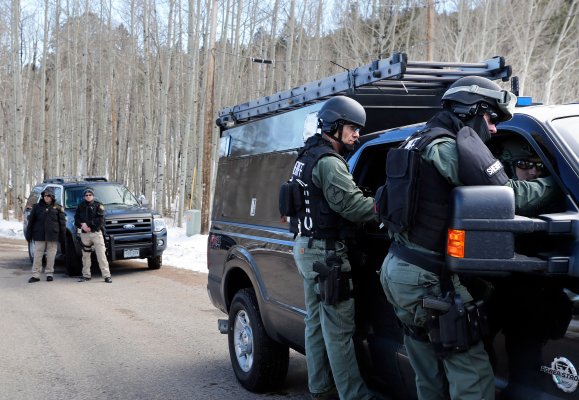 Officer Dead, 2 Injured in Colorado Shooting
Next Up: Editor's Pick