Review: The Fitbit Blaze Is Nice, But Not For Everyone

The good: Beautiful screen, helpful fitness coach, easy to see statistics quickly.
The bad: A bit bulky, hard to fit watch into band, interface can be limiting.
Who should buy: Those looking for a solid fitness tracker who also want some smartwatch-style features.

Fitness tracking company Fitbit holds a firm lead in the wearable gadget market, but smartwatch-toting rivals like Apple are starting to catch up. Fitbit’s answer? If you can’t beat ’em, join ’em.

The new Fitbit Blaze, which ships March 1, is the company’s most smartwatch-like device to date. It features a color touchscreen along with the ability to take calls, read messages and view notifications. But it’s also a solid fitness tracker, counting wearers’ daily steps, calories burned, heart rate and more. Fitness enthusiasts can choose to track a wide variety of workouts, including running, biking and lifting weights.

Among the roughly $200 Blaze’s best features is digital coaching software called FitStar, which lets users select bite-sized workouts at home without having to find fitness videos on YouTube. Users simply choose a workout, and animations on the device walk them through the motions.

Fitbit also vastly improved its digital interface for the Blaze, which packs more polished and vibrant menus than the company’s previous trackers. The Blaze’s colorful display activates automatically when the wearer lifts their wrist to look at the device, making it easy to check the time and view activity data.

The Blaze, like some of Fitbit’s previous trackers, can automatically detect when users are exercising or sleeping to better capture a long-term picture of their daily habits. That also means, thankfully, wearers won’t have to tell the device they’re headed to bed before actually hitting the hay. The sleep data from the Blaze seemed accurate based on my testing, as it correctly showed the amount of sleep I had gotten in a night as well as any nocturnal disruptions.

On the hardware side, what separates the Blaze from Fitbit’s previous offerings is the higher level of customization it affords. Blaze owners can remove the device’s face and place it in different wristbands to match with various outfits. The Blaze and recently introduced Alta wristband are the only Fitbit products that can be customized this way, with options including straps made of leather and stainless steel in addition to the classic model. The Fitbit Flex has its own separate options for personalization, but no other Fitbit products have swappable straps.

Unfortunately, it can be tough to get the Blaze’s display secured in a new strap. All that personalization comes with another downside, too: More bulk. The Blaze’s metallic frame, which keeps the watch face in place on its bands, means the device doesn’t feel nearly as sleek as rival offerings like the Apple Watch.

The Fitbit Inc. Blaze fitness tracker is displayed during an event at the 2016 Consumer Electronics Show (CES) in Las Vegas on Jan. 5, 2016.
David Paul Morris—Bloomberg/Getty Images

Some observers have noted that fitness trackers from Fitbit and other companies fail to accurately track wearers’ daily activity. My own experiment gave reason for concern: After wearing both the Fitbit Blaze and the Apple Watch for the same amount of time, the Blaze said I took 2,876 steps, while the Apple Watch read 3,514 steps. There were similar differences in other metrics, too, like distance walked and calories burned.

It’s impossible to tell which device is more accurate from this test. It’s possible that wearing the devices on opposite wrists affected the results. But the fact that there’s a discrepancy suggests one or both devices could be off the mark. Meanwhile, Fitbit is fending off accusations that the heart rate sensors in its trackers are inaccurate. Says a company spokesperson when asked for comment: “Fitbit trackers are designed to provide meaningful data to our users to help them reach their health and fitness goals, and are not intended to be scientific or medical devices.”

The Blaze’s affordability and rich feature set makes it a great choice for consumers who want a fitness tracker but have also been considering a smartwatch. The interface is designed to make the most important information accessible at a glance, such as a wearer’s heart rate, the time, and their progress towards their fitness goals. Athletes and runners should also note that unlike the Fitbit Surge or soon-to-be-released Garmin Vivoactive HR, both of which are priced at $250, the Blaze doesn’t include a built-in GPS tracker, instead relying on a user’s phone signal. The Blaze also adds more heft to the wrist than Apple’s $350 Apple Watch. 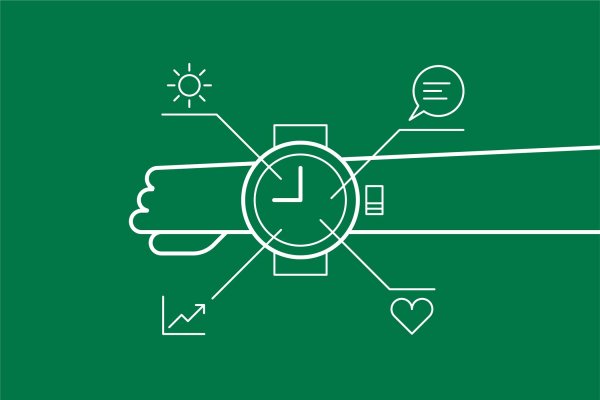