Jefferson County SWAT officers work at the scene where a man opened fire on sheriff's deputies before the officers returned fire, killing the man, outside Bailey, Colo. on Feb. 24, 2016.
Brennan Linsley—AP
By Daniel White

A man shot three members of the Park County Sheriff’s Office in Colorado on Wednesday, killing one and injuring two others, according to authorities.

A spokeswoman for the Colorado Bureau of Investigation said that the deputies were attempting to serve an eviction notice when the suspect opened fire, reports CNN.

“It is a dark day, and he would ask for prayers and thoughts, and just focusing everything you have on support of the Park County Sheriff’s Office,” the spokeswoman said of the sheriff.

The suspect was not identified but is believed to be dead, according to CNN. 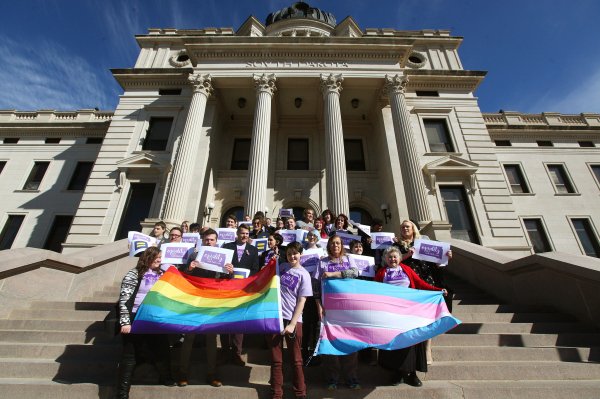