Eight years ago, I discovered that my daughter was being bullied at her school. As a mum, you think it’s your job to make everything right, and I knew I needed to make this right for my daughter. So I told her, “You will not be going back to that school. I will find the best one ever.” Here in Cambridge, England, we’re lucky to have extraordinary schools, but most are private—and they’re not cheap. In order to send her to another school, I had to step up and find a way to pay for those fees.

Thankfully, when you’re passionate about something and you have no other options, it gives you the drive to find a solution. I was never blessed with this lightbulb moment of, “I’m meant to be the person who brings back the classic British leather satchel!” No—the idea for my business was borne out of necessity. I started with 600 pounds in savings, (the equivalent of around $1000) and I knew I wanted to generate enough money to send both of my children to private school. And here I am today: The CEO of The Cambridge Satchel Company, which makes over $15 million in sales a year.

Read more: 7 Successful People Who Kicked Off Their Careers With Failure

And honestly, if I can do it, anyone can. Here are the most valuable lessons I learned while starting my own business from my kitchen:

1. Find one clear, strong idea—and then run with it
Starting out, I came up with 10 things I thought I could do that would make money. I researched each and made an Excel spreadsheet (I’m a very geeky person!) ranking them on different factors like how much funding I would need or how long it would take to have a product ready to sell. Based on these rankings, I gave each business idea an overall “score,” and making satchels scored the highest. Once I decided that was the right move for me, I threw all my energy, decisions and focus behind that idea.

It was as simple as that. Sure, you could do more research, hire experts or invest a ton of money in branding and graphics until the end of eternity. But at a certain point, you’re just procrastinating. Just crack on with it! If your business is good, it’s not going to stand or fail on something like your logo.

2. Persistence is key
I have to say, one of my strengths is that I can nag and grind people down. It can be an annoying trait but also be a useful one. When I was looking for my first manufacturer, I found the phone number of a school uniform outfitter that supplied leather satchels. I called up the outfitter and asked where he got his satchels. He refused to tell me. I could have given up, but I knew that this was a pivotal moment in starting my new business. I needed a manufacturer, and he had the answer. All I needed to do was keep pestering him until he told me what I needed to know.

I called him every 25 minutes, each time with a different mundane question—just enough to interfere with what he was doing. I was relentless! I kept calling the next day, and after a while he asked, “Is this going to carry on all day?” He finally broke down and gave me the number for his satchel manufacturer.

I was obnoxious and relentless. But the end result mattered more to me than it did to him, so I kept pushing. You have to have thick skin and determination in order to make things happen.

3. Approach everything with a ‘can-do’ attitude
Don’t get hung up on what you can’t do. Instead, focus on what needs to be done and how you can get there. In order to actually make a profit, I knew I couldn’t sell just in Cambridge. I had to sell online, which meant I had to make a website. This was seven or eight years ago, and e-commerce and website building were not anything like they are today. I had no idea how to make a site from scratch, but I didn’t let that hold me back. I learned basic coding over three nights from a free Microsoft course. Sure, what I made wasn’t the most beautiful website—but it was functional.

4. Don’t be afraid to put yourself out there
It’s important to stay alert for any opportunity. They used to film the Harry Potter films in Cambridge, and I thought, “Those characters are in school—they should have satchels!” So I phoned Pinewood Studios and told them, “I’m supplying the satchels for the new Harry Potter film.” I said it with such conviction that they put me through to the props person. And even though the props person didn’t have any need for my satchels, I told him the story of my business and why it was important. He ended up connecting me with the group that sources his props. I sent them a picture of my satchels and got an email straight back, asking for 10. It was my very first bulk order.

I had no business knowledge when I started my company, but I had a very real need. It just goes to show that if you have a big enough, hot enough fire behind you, you can start moving and learn a lot really quickly.

Julie Deane is the founder and CEO of The Cambridge Satchel Company. She lives in Cambridge, England, with her two children. 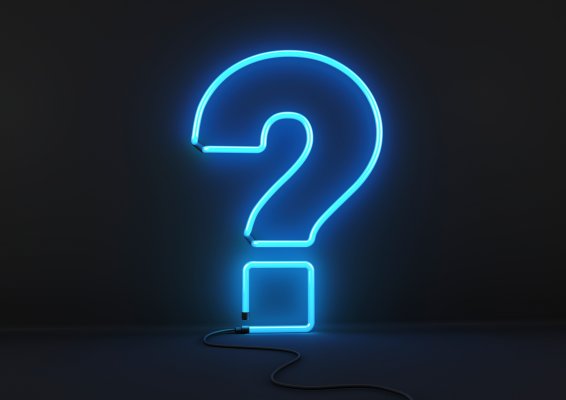 8 Questions Successful People Ask Themselves
Next Up: Editor's Pick