More than 100,000 tons of methane entered the atmosphere following a 2015 natural gas well blowout in Southern California, enough to double methane emissions in the Los Angeles region during the time of the leak, according to a new research.

The study, published in the journal Science, suggests that the leak adjacent to the community of Porter Ranch contributed enough methane to fill a football stadium—every single day for more than three months. The total volume of methane leaked makes it larger than all but one other gas leak in U.S. history, a 2004 accident that occurred at Moss Bluff, Texas.

The researchers behind the study conducted 13 flights in the area of the leak in an aircraft equipped with instruments that can measure methane in the atmosphere. Initial readings during the first fly over came out so high that researchers had to double check their gear to make sure it was working correctly.

“While we now know with confidence, the relative role of this leak isn’t changed,” says Steve Hamburg, chief scientist at the Environmental Defense Fund (EDF), who was not an author of the paper. “Leaks are not unprecedented, but this one is definitely on the extreme end of the range.”

The research comes as the need to curb methane gas emissions has become an increasingly important part of the effort to curb climate change. Methane, the second most common greenhouse gas, traps significantly more heat in the atmosphere pound for pound compared to carbon dioxide. Overall, that disparity means a pound of methane gas has a warming effect on the climate that is 25 times worse over a 100-year period than a pound of carbon dioxide, according to the EPA.

That’s bad news, because new measuring technologies and research has suggested that the U.S. and other countries emit more methane than previously believed. Just this week new figures released by the Environmental Protection Agency suggested that methane emissions were 27% higher in 2013 than previously released numbers. That has the equivalent climate impact of building more than 200 coal-fired power plants, according to an EDF report.

Major accidents like the one in Porter Ranch contribute to a significant share of methane leaked around the country. But environmental policy experts say that the entire natural gas system is vulnerable to leaks, many of which can go undetected for weeks or even months. Another study published this week in the journal Geophysical Research: Atmospheres identified more than 200 hotspots for methane leaks throughout the Los Angeles region, just miles from the Porter Ranch blowout.

Failures in machinery as vast as the U.S. natural gas system are to be expected—more than 300,000 miles of pipeline run across the country. Still, policymakers can implement regulation to require more frequent and stringent checks. “Every system engineers build can fail,” Adam Brandt, an assistant professor of energy resources engineering at Stanford University said earlier this year. “It’s like going to the dentist and fixing problems while they’re still small.”

Regulators have taken action, though energy policy experts question whether it will be enough. The EPA proposed new rules last year aimed at cutting methane emissions 40 to 45% over the next decade from 2012 levels, but the tighter regulations would only apply to new methane facilities. Many environmental policy experts have suggested that the U.S. cannot make those targets given the upward revision in emissions numbers. Indeed, EPA Administrator Gina McCarthy suggested as much in remarks at the CERAWeek energy conference this week.

“The bottom line is – the data confirm that we can and must do more on methane,” said McCarthy. “It has always been EPA’s job to follow where the science and data lead us… Be on the lookout for more on this to come soon, because this is something we’re not going to ignore.” 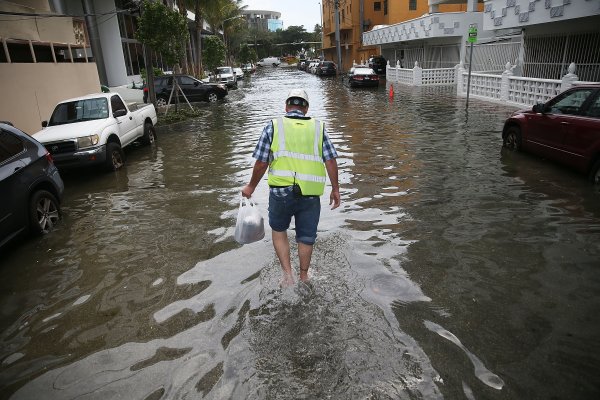 Why We're Not Prepared for Sea Level Rise
Next Up: Editor's Pick