In Georgia, Gov. Nathan Deal is faced with the choice of signing or vetoing a bill that supporters say is about protecting religious freedom and critics say is really aimed at giving individuals and organizations license to treat LGBT residents differently, based on moral beliefs about sex and gender.

The heart of House Bill 757 contains a version of a “First Amendment Defense Act,” variations of which have been proposed by lawmakers from Washington to West Virginia, as well as on the federal level. In this version, lawmakers have laid out legal protections for any “person or faith-based organization” who acts in accordance with their belief that “marriage should only be between a man and a woman or that sexual relations are properly reserved to such a union.” Many who oppose it believe that such language not only puts gay people but also unmarried couples or single parents at risk of being discriminated against.

Just as organizations cancelled plans to host conventions and events in Indiana when the state passed a similar law last year, a Decatur-based telecom company became the first to jump ship after the Senate passed the bill on Feb. 19. “It’s time to relocate” the company said in a tweet, announcing plans to move their shop to Nevada.

The Metro Atlanta Chamber, the Georgia capital’s chamber of commerce, meanwhile sent a letter to every senator stating that they had signed a pledge written by Georgia Prospers, a coalition of more than 100 businesses that supports “open and inclusive for all” policies. Other members of the coalition range from Georgia-headquartered businesses like The Coca-Cola Company and Delta Airlines to sports franchises like the Atlanta Falcons. A business owner who works in the state’s burgeoning entertainment industry, catalyzed by big state investments, told the Atlanta Journal-Constitution that such a law “would really do irreparable harm to our brand as a state.”

Ten organizations that predictably oppose the bill, such as the Human Rights Campaign, a national LGBT rights advocacy group, sent a letter to Gov. Deal and other leaders warning of “dire economic impact” that the bill could have—doubling down on the dollars-and-cents argument has become one of their most effective tactics in fighting such measures. According to one estimate, though Indiana Gov. Mike Pence approved revisions the state’s religious freedom bill to make it clear that businesses couldn’t use it to turn away gay customers, passing the law still cost the state about $60 million in economic impact.

Those same groups are among those organizations opposing a “bathroom bill” in South Dakota that Gov. Dennis Daugaard must sign or veto before it automatically becomes law on March 1. But while the economic tactic is getting showcased down South, groups like the American Civil Liberties Union are using more emotional appeals in the Mount Rushmore state.

An ACLU petition to oppose the bill—which would require students at public schools to use the bathrooms and locker rooms that correspond to their “chromosomes and anatomy” at birth—had more than 36,000 signatures by Tuesday. It leads with a picture of a transgender boy from the state and an assertion that the measure would “legalize the harassment and bullying of transgender students.” Those were among more than 80,000 signatures that advocacy groups delivered to Gov. Daugaard on Tuesday, asking him to veto the bill, as transgender residents arrived at the capitol to participate in a “day of visibility.”

Transgender celebrities Caitlyn Jenner and Laverne Cox have also asked the governor to veto the bill, leveraging support among their thousands of social media followers. “We should be creating safer, nurturing environments for our children not more hostile ones,” Cox wrote in a post. That sentiment was echoed by the American Academy of Pediatrics, American School Counselor Association and several other groups who wrote an open letter about such bills to all the nation’s governors: “All of our nation’s children deserve equal protections and treatment in their classrooms.”

Other groups are opposing South Dakota’s House Bill 1008 on practical, medical grounds. The Pediatric Endocrine Society, an organization for doctors who often treat transgender youth, wrote a letter to Gov. Daugaard stating that chromosomes and anatomy are not absolute determinants of a person’s gender or sex and that “the weight of the scientific data indicates that gender identity—just like sexual orientation—is not a choice.”

While some groups, such as the Alliance for Defending Freedom and Concerned Women for America in South Dakota and the Georgia Baptist Mission Board have spoken out in support of the bills, the opposition is working feverishly to undermine their positions.

The governors have yet to indicate whether they would veto the bills. But both have indicated that they hear the opposition’s cries. Daugaard agreed to meet with two transgender South Dakotans on Tuesday, after having said in a press conference that he had never met an openly transgender person. Though the meeting was not open to media, he said afterward that the half hour discussion “helped me see things through their eyes a little better.” And Deal said at a press conference on Monday that the language of the religious freedom bill is “not finalized yet,” though he did not offer specifics as to what changes may be coming. 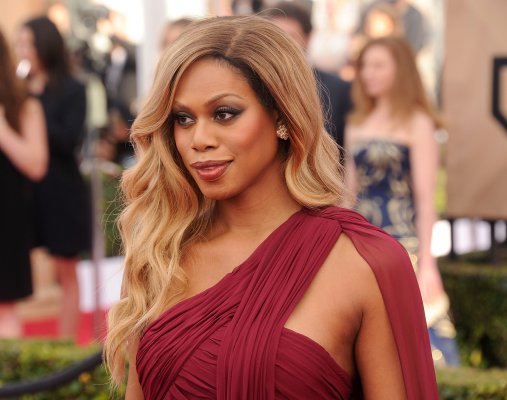