When the dust clears on the 14 presidential contests on March 1, it is a good bet that none of the candidates will have adequately talked about a number of the most critical issues confronting the nation. High among them: how should America engage with the global economy? Fact is, globalization is among the most powerful forces acting on the United States today.

For at least a generation now, the line between what happens in the American economy and the world outside has been disappearing. Now it’s virtually gone. Economic growth, good jobs, wage inequality, the shaky condition of our banks, the size and ethnic composition of our population, contagious diseases, pressures on our schools and universities—these are just some aspects of our lives that are affected by international trade, foreign currency gyrations and the state of economies abroad. In one way or another, economic developments beyond our borders will affect most every American worker, everyone who has a mortgage or buys a car, every retiree dependent on investments, every student who takes out a loan, every company that is affected by the price level, every city and town that borrows money or takes in immigrants.

To make matters more challenging, the pace of globalization is soaring. Within a decade the total flows across sovereign borders of goods such as autos and machinery, services such as engineering and legal advice, and capital used for trading and investment will have increased three times compared to 2012, according to the McKinsey Global Institute. If international patterns of the past few years are any indication, everything from Internet traffic, to climate change, to the movement of refugees, skilled labor and students is sure to expand exponentially. Consider this example: Facebook, which started up as recently as 2004, now reaches 1 in 7 people on the planet. On one day last summer, August 27, 1 billion people across the globe used the service on the same day.

Those who would occupy the White House have discussed these issues in only a cursory and mostly negative way. Virtually all candidates have hostile feelings toward new trade agreements. You might expect that sentiment from Donald Trump, who boats he will take a sledgehammer to our trading partners, and also from Bernie Sanders, who seems to equate international commerce with all the problems besetting the American workforce. But even Hillary Clinton, who as Secretary of State helped to negotiate a massive trade deal with Asia, and who praised it lavishly while in office, has turned against her own achievements. The candidates compete for who can bash the global banks harder. The debate over immigration is poisoned by extreme positions. Most of them give the impression of wanting to turn the clock back to an older, simpler world of many generations ago when the US could go it alone or else call all the shots.

It cannot be done. Globalization began some 60,000 years ago, when a number of families walked out of Africa to find food and security. There have been pauses in the trend, such as during the middle ages, and even some interruptions, such as the period between the two world wars in the 20th century. Globalization has been beset by wars, depressions and horrendous natural disasters. But whatever the swerves and setbacks, the inexorable direction and momentum has been towards a smaller and more interconnected world.

Whoever wins the election will confront this reality. He or she will have their hands full developing strategies, negotiating agreements, strengthening global institutions, and increasing America’s ability to fiercely compete. It will be a daunting agenda, even for a skilled and experienced White House team who understands how the world really works.

To begin with, there are trade and environmental treaties that are in midstream and need attending. There are long term investments of US companies like GE, Boeing, and Microsoft to protect, and hundreds of thousands of small- and medium-sized firms that need Uncle Sam’s support to sell into foreign markets. There is American intellectual property to guard, economic sanctions against Moscow to manage, money laundering of terrorists to combat. There are foreign companies whose eagerness to set up shop here and create new jobs in America needs facilitating, and there are governors, congressmen and senators to work with, many who won’t stop pushing for their constituents’ interests in taking advantage of the global economy.

Second, the next American president may well face an international economic crisis. The number of very real possibilities in the not-too-distant future is chilling. The Chinese economy could crash, sending destabilizing ripples to every corner of the globe. The European Union, our most important trading and financial ally, could come apart. Oil prices could continue their slide, or alternatively, a major terrorist operation in Saudi Arabia could cause a highly disruptive price escalation, either development causing a market meltdown. One or more big developing nations such as Brazil could require a massive bailout, or a gigantic bank, such as Germany’s Deutsche Bank, could experience a crisis—all resulting in market turmoil far worse than what we are now seeing. A cyber attack could paralyze the New York Stock Exchange or even the Federal Reserve in Washington, upending our financial system. It is no longer far-fetched that the world could enter another deep recession. In any of these situations, Washington will become totally preoccupied with its engagement in the global economy, and a new national agenda will arise almost overnight.

A third, more positive scenario is also possible. In my new book, From Silk to Silicon: The Story of Globalization Through Ten Extraordinary Lives, I have shown how major advances in globalization have occurred over the last thousand years to improve our lives by quantum leaps. These achievements led to higher living standards, greater choices in our everyday experiences, and expanded political freedoms. I tell the tales of massive breakthroughs: the origins of seaborne exploration, the beginnings of global finance, the start of the industrial age with its mindboggling technological advances, the initiation of global philanthropy, the story of how Europe rose from the ashes of World War II and created a community of prosperous and closely integrated nations, the sparks that set off the Internet and digital revolutions, the reversal of Maoism and the opening of China to the world.

In the next decade we are likely to see developments of equal magnitude as intelligent robots, 3D printing, advanced sensors nanotechnology and medical miracles spread across the spectrum of nations. Moreover, international markets will be stimulated by the entrance of over a billion eager consumers into the world economy, and hyper-urbanization that will be adding to the world the equivalent of several New York Cities every year for decades. A new president will be challenged to embrace these changes in a way that promotes American leadership, and to develop trade, financial and regulatory policies that insure that the widest possible swath of American citizens substantially benefit from these developments.

Jeffrey E. Garten is dean emeritus of the Yale School of Management and author of From Silk to Silicon: The Story of Globalization Through Ten Extraordinary Lives, out March 1. 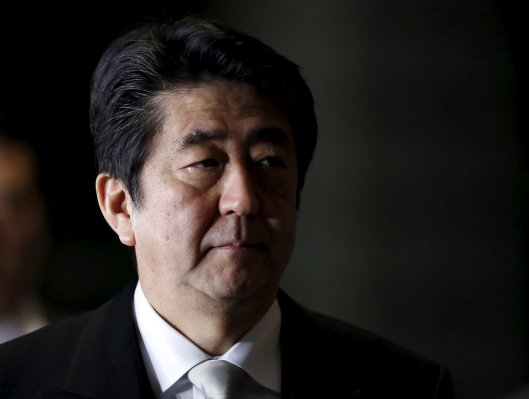 Japan Is a Disturbing Cautionary Tale for America and the World
Next Up: Editor's Pick