Adele is adding her name to the list of of celebrities backing Kesha.

“I’d like to take a quick second just to thank my management and my record label for embracing the fact that i’m a woman and being encouraged by it,” the “Hello” singer said while accepting the award for Best British Female Solo Artist at the Brit Awards on Wednesday. “I’d also like to take this moment to publicly support Kesha.”

She joins the likes of Lady Gaga, Ariana Grande, Lorde and Fiona Apple, all of whom have expressed support for the singer on social media in recent days. On Friday, a judge ruled that Kesha couldn’t be let out of her contract with Sony while her 2014 lawsuit against producer Dr. Luke, whom she has accused of sexual and verbal abuse, plays out in court. Dr. Luke (real name: Lukasz Gottwald) has always denied the allegations and recently maintained his innocence in a series of a tweets and a statement from his lawyer.

“Other entertainers who knowingly put their own careers at stake by supporting me, I will be forever grateful,” Kesha said in a Wednesday Facebook post. “All I ever wanted was to be able to make music without being afraid, scared, or abused. This case has never been about a renegotiation of my record contract … I would be willing to work with Sony if they do the right thing and break all ties that bind me to my abuser.” 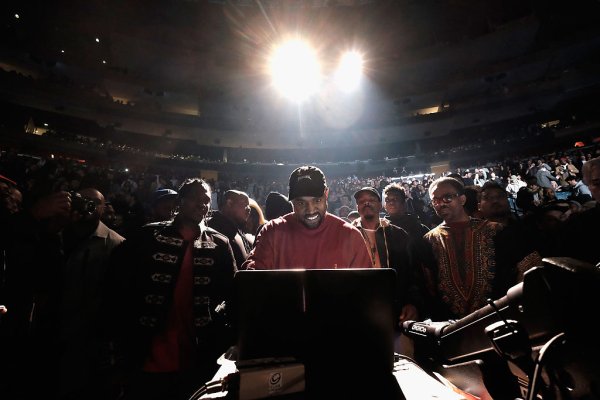 What We Learned During Kanye West's Latest Twitter Spree
Next Up: Editor's Pick