Obama's Nominee for Librarian of Congress Would Make History

An interior view of the Main Reading Room from an overlook at the Library of Congress Thomas Jefferson Building is shown on Wednesday, August 12, 2015.
Nikki Kahn—The Washington Post/Getty Images
By Sarah Begley

President Obama named his nominee for the 14th Librarian of Congress on Wednesday, and if confirmed, she would become both the first woman and the first African American to hold the position.

Carla Hayden is currently the chief executive of Baltimore’s Enoch Pratt Free Library, where she kept doors open even as unrest rocked the streets of the city in the wake of Freddie Gray’s death, providing a safe space for community members where they could get information, food and supplies.

In a Facebook post and video about the nomination, Obama highlighted Hayden’s aims to “modernize [the library’s] infrastructure and promote open access and full participation in today’s digital world”—important goals in the wake of James Billington’s resignation from the position, which he held for 28 years. Billington drew criticism during later section of his term for not keeping up with the technological times. Last year, Obama signed a law creating a term limit of 10 years, with an option for reappointment.

“Being the first female and the first African American really brings together two aspects of, of course, my life, that make this even more significant,” said Hayden, “in terms of how people view the future of libraries and what a national library can be.” 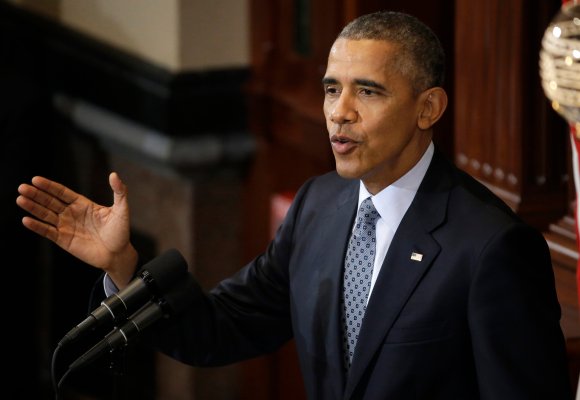 Final Push on Guantanamo
Next Up: Editor's Pick