After 30 years of making dolls and publishing affirming girlhood stories, American Girl is set to release a third black doll. The story of the new Melody Ellison character is that she hails from Detroit during the civil rights era and will speak to that period’s fight for equality, an important message for future voters currently bearing witness to a presidential campaign. But while the representation of black girlhood matters, the doll from Motown does not reflect the experiences of so many black girls then or now.

Unfortunately, this new release not only reminds us of historical discrimination but also recalls research projects that evolved from efforts to end segregation. In the Kenneth and Mamie Clark Doll Test in the 1940s, researchers tested racial perceptions of children using black dolls and white dolls. Disturbing results revealed that black children overwhelmingly preferred white dolls and made negative associations with the dolls who looked like them. These study results were used to help decide Brown v. Board of Education, ultimately leading to the desegregation of schools nationwide.

The doll test was a testimony then, and it remains one now. A 2010 study conducted by University of Chicago Professor Margaret Beale Spencer revealed a persistent bias toward dolls of lighter complexion among children. Melody’s skin color is on the brighter side. Her long, straight hair and fair skin adhere to European beauty standards that continue to infiltrate the toy aisle fail, and fail to reflect all the little girls who might take her home and love her.

Melody’s skin tone, however, does not make up the totality of her character. More important is whether, when Melody’s story is told through her book series, she will reflect the full experience of black girls who grew up in or around Detroit in the 1960s. She certainly appears poised to reflect middle-class Detroiters raised in the auto-industry boom of the time: Melody’s matching hat and purse evokes the notion of respectability politics, historically accurate in this case because African-Americans of the period where known for going out in their Sunday best at most times to avoid any negative racial characterizations. But she will be a more accurate reflection if her story includes mention of the Great Migration and the racial tensions that spurred white flight. Hopefully the two-dimensional storyboard that lays out Melody’s path will be come more three-dimensional when her story is fully told.

Too often, black girls’ relationship to America seems to get shuffled in the context of American Girls’ larger story. Despite the company’s progressive mission, it was criticized for discontinuing Cecile Rey, a well-to-do New Orleans girl, in 2014. She was the second African-American doll following Addy Walker, who was born into slavery and introduced in 1993.

Aimee Meredith Cox’s most recent book, Shapeshifters: Black Girls and the Choreography of Citizenship, details how black girls living in a homeless shelter in Detroit define their worlds and imagine their relationship to America. One can only wonder what these young black women would think about the $115 doll whose fictional narrative occupies a similar landscape.

To be sure, comparing the life of a doll to the lives of teenage black girls experiencing partial citizenship, negotiating gender violence and poverty might sound absurd and even trivializing. But this is an important moment for the future of Detroit’s black population and our understanding of race in America. We must acknowledge that there are many faces, challenges and triumphs of black girlhood.

We’ve got Addy’s inspiring narrative of freedom and Melody holding down the ballot box, but we must tell a complete story of women and girls across the spectrum of black experiences. And as a black woman who grew up in Michigan reading Addy’s stories in American Girl books borrowed from the local library, I still see a need for greater engagement of black girls’ stories across all walks of life. 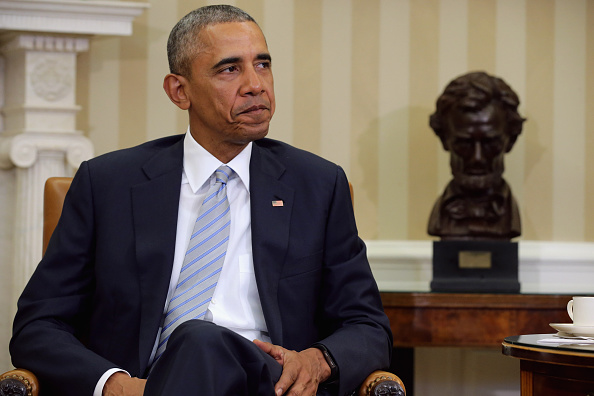 Obama Is Culturally Black Because He Wants to Be
Next Up: Editor's Pick