Dodos May Have Been Smarter Than We Thought

First observed by Portuguese sailors in about 1507, by 1681 the Dodo was extinct due to a combination of circumstances including killing for food by men, introduction of animals such as the rate, and destruction of habitat. Wood engraving 1884.
Universal History Archive—Getty Images
By Sarah Begley

Calling people dodo-heads when you think they’re being dumb may not be as accurate an insult as we thought, according to new research.

The Zoological Journal of the Linnean Society found that dodos, birds that went extinct centuries ago, actually had a similar brain-to-body size ratio as pigeons, considered quite intelligent birds for their ability to be trained. Imaging also revealed that the extinct species would have had larger than usual olfactory bulbs, giving them a stronger sense of smell than other birds.

Dodos were long thought to be stupid because they were so comfortable around humans that they were easily hunted on their native island of Mauritius. Their trusting nature and the introduction of invasive species wiped them out a century after they were discovered.

The skull that scientists examined is “not impressively large or impressively small—it’s exactly the size you would predict it to be for its body size,” the lead author said, according to a press release. “So if you take brain size as a proxy for intelligence, dodos probably had a similar intelligence level to pigeons. Of course, there’s more to intelligence than just overall brain size, but this gives us a basic measure.” 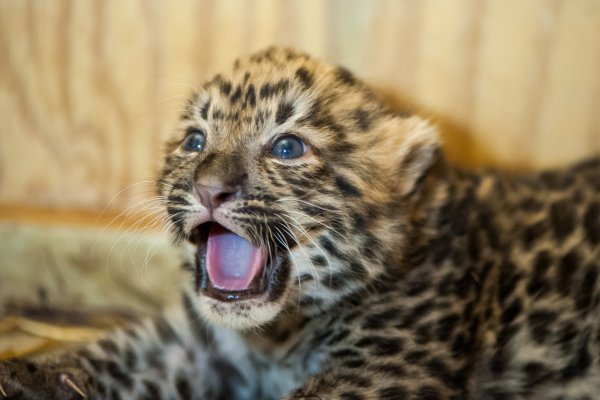 Here's a First Look at the Rare Amur Leopard Cub Born at the Pittsburgh Zoo
Next Up: Editor's Pick