Facebook users finally have another way to react to posts in their News Feed beyond tapping the “Like” button. The company announced on Feb. 24 that its new “Reactions” buttons are coming to the social network.

The goal with “Reactions” is to give Facebook patrons different ways to express their thoughts on a given post beyond just “liking” it. The “Like” button will still appear under posts along with new options such as “Wow,” “Haha,” “Sad,” and “Angry.”

The company decided not to add a “dislike” button for one simple reason: It’s too negative.

“All of the other attempts had failed,” Chris Cox, Facebook’s chief product officer said to Bloomberg in January when discussing the company’s new buttons. A “dislike” button had been “rejected on the grounds that it would sow too much negativity,” Bloomberg reported. The expression “yay” was also shot down because it’s not universally understood. 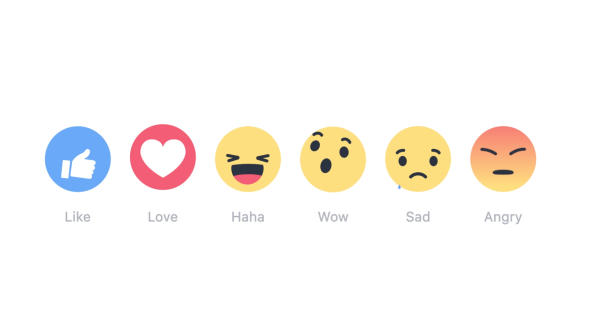