More dangerous tornadoes were forecast from Florida up to the Mid-Atlantic Wednesday, part of a storm system that earlier killed at least three people, destroyed homes and left tens of thousands without power.

Tornado watches were in effect across parts of Florida and Georgia overnight, while damaging high winds were possible all the way from the Gulf Coast up to parts of the Northeast.

A total of 30 twisters were reported Tuesday, the National Weather Service said, including one that traveled around two miles in Pensacola, Florida, smashing into an apartment complex at about 8:15 p.m. ET. 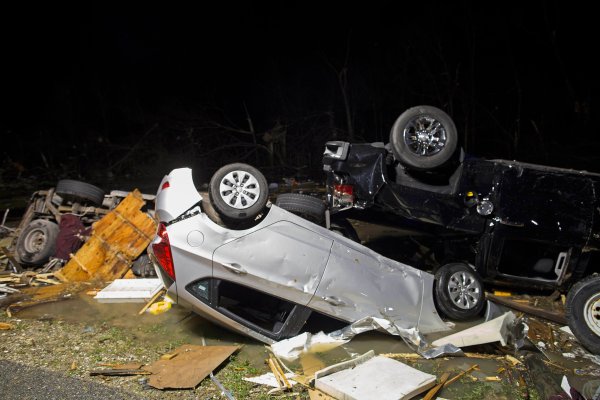 Tornadoes and Storms Kill 3 in Louisiana, Mississippi
Next Up: Editor's Pick