China has reportedly sent fighter jets to a disputed island in the South China Sea, seemingly bolstering the surface-to-air missile batteries spotted there earlier this month.

A U.S. official told Fox News that the jets appeared to be in single digits, placing the number at “under 10.”

Woody Island — part of the Paracel chain and controlled by China since the 1950s — is also claimed by Taiwan and Vietnam. Malaysia, Brunei and the Philippines also have competing claims in other parts of the purportedly international waters, through which over $5 trillion in goods and resources passes each year.

Two weeks ago, satellite imagery showed two batteries of surface-to-air missiles on the island, prompting the U.S. and Chinese governments to trade barbs over China’s assertiveness in the South China Sea, most of which the Asian power claims as its sovereign territory. The U.S., in turn, has been accused of “provocation” for sailing navy destroyers and flying bombers over the region, while China continues to justify its own military presence as self-defense.

“We don’t hope to see any more close-up [U.S.] military reconnaissance or the dispatch of missile destroyers or strategic bombers to the South China Sea,” Wang said on Tuesday, a day after a spokesperson for his ministry compared the Chinese deployment of missiles to the U.S. presence in Hawaii.

Meanwhile, Kerry warned China, the Philippines, Vietnam and others “not to engage in any unilateral steps of reclamation, of building, of militarization.” 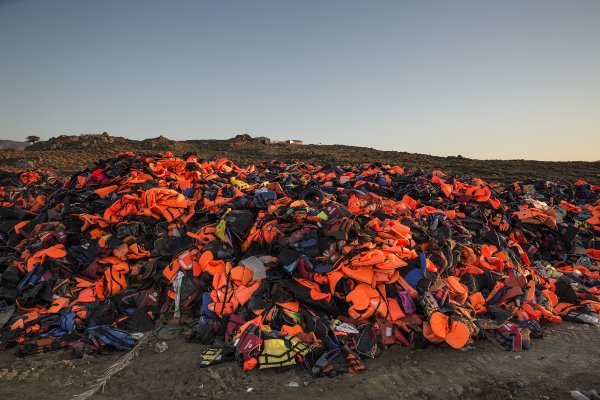