Gitmo Is a Problem for the Next Person in Charge

Benjamin H. Friedman is Research Fellow in Defense and Homeland Security Studies at the Cato Institute.

The plan that President Barack Obama announced today to close the Guantánamo Bay prison is really a plea to Congress to stop banning the transfer of detainees to the U.S. for trial or indefinite detention. Unfortunately, the odds of this Congress doing so are tiny. The issue has become symbolic, deafening the congressional majority to arguments for its closure.

In some ways, this debate over where to house the remaining prisoners distracts us from the more important issue of indefinite detention. Even under the administration’s plan, several dozen detainees face indefinite detention in the U.S., awaiting an official end to a war that seems endless. That is a problem that the next president will inherit.

The plan would continue the transfer of the 35 detainees deemed eligible to foreign countries and continue to review the cases of the others, some of whom have not had even an initial review hearing. The plan would also send 30 to 60 prisoners to the U.S. for trial or indefinite detention. That would require Congress to undo the ban on transfers. Immediate congressional reactions were unsurprisingly dismissive.

The president proposed roughly the same thing in May 2009. That effort was not a total failure—the administration has managed to transfer 147 prisoners abroad (following 500 during the George W. Bush administration), reducing Gitmo’s prisoner population to 91. But even then, with the Democrats running both Houses, the effort to move detainees to U.S. stalled. White House mismanagement and unwillingness to expend political capital contributed to that outcome. So did Republican fear-mongering, specifically the absurd claim that U.S. prisons cannot reliably hold these accused terrorists.

Today, as Trevor Thrall explains, the political obstacles to closure have only grown. Congress annually passes a law restricting the transfer of detainees to the U.S., preventing federal trials and Gitmo’s closure. While both parties’ 2008 nominees wanted to close the prison, the new Republican standard bearer’s position is that we ought to send terror suspects from the U.S. to Gitmo, rather than risk allowing them a fair trial. That’s mostly bombast, but it shows how keeping the prison open has become a symbolic GOP stand indicative of toughness on terrorism. The president’s arguments for closure probably only enhance that symbolic value.

The administration argues that closing Gitmo is a “national security imperative” and a resource drain. Both points are overstated. Yes, Gitmo is bad for the nation’s image and thus unhelpful to counterterrorism. Still, there is little evidence that the prison, as opposed to U.S. wars, generates terrorism against the U.S. The White House’s rough and probably overstated estimates, meanwhile, say that closing the prison would save $335 million over 10 years, even subtracting the cost of transferring detainees and building a new facility to house them here. Economizing is always good, but that is .00005% of projected Pentagon spending over the decade, leaving aside war costs.

Obama’s other argument for his plan is that keeping Gitmo open “offends our values.” That may be true in a symbolic sense, but the problem is less where we imprison people than how. What offends liberal values is imprisoning people indefinitely without either a trial or a foreseeable end to the hostilities that confine them. Yes, it is legal to hold prisoners of war without a trial, but ethically dodgy to do so in absence of any foreseeable ceasefire. The White House plan would simply shift the venue of indefinite detention for the duration of a war Obama has continually extended. In what sense does that defend our values? The debate will outlast this administration. 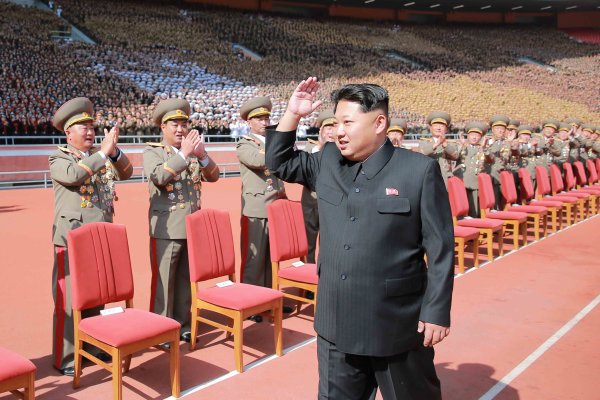 Americans Say North Korea Is a Bigger Enemy Than ISIS
Next Up: Editor's Pick