Obama Is Culturally Black Because He Wants to Be

U.S. President Barack Obama announces his appointment of former IBM CEO Sam Palmisano and Tom Donilon to the the newly-created Commission on Enhancing National Cybersecurity in the Oval Office at the White House on Feb. 17, 2016.
Chip Somodevilla—Getty Images
Ideas
By John McWhorter

Ben Carson’s attempt to disqualify President Barack Obama from authentic blackness is misguided, but not in the ways many might suppose. Carson claimed that because Obama grew up in Indonesia (he also spent a part of his childhood in Hawaii), he cannot be considered black American in the way that Carson can. But Carson’s sense of what constitutes cultural membership is way off.

I will not indulge the lazy pot shot of claiming that Carson himself is disqualified from authentic blackness by being a Republican. The idea that one is not meaningfully black if one’s politics fall rightward of, roughly, Cornel West’s is not only mean but 1) ahistorical and 2) inaccurate, unlikely from anyone who has spent real time with black Republicans.

Nor is the reason Obama qualifies as black simply because of the color of his skin. “Obama’s not black? What that all about?” many will ask, as if being a color simply settled the matter. That, too, is an oversimplified view. It stems from an idea that the essence of being black is the fact that whites’ view of you is colored by various degrees of racism. I reject the idea that we will define ourselves according to others’ contempt. A race that defines itself on the basis of the degree to which others have us wrong will never be spiritually whole.

Rather, Obama qualifies as black because he has embraced facets of being human that constitute black American culture. This is a sensitive issue: Racism has left black America with a painful tendency to dismiss as “stereotypes” many of the very things that define the culture. However, the descendants of African slaves cannot logically be the world’s only human group that has no cultural traits other than being misread by other people. There is a such thing as black culture, with traits. Not all black people exhibit those traits, to be sure—but Obama does.

Speech is an obvious example. There is indeed such a thing as what linguists call African-American Vernacular English: It has been described structurally in detail, it is not the same as Southern English, many studies have shown that Americans white and black identify it quite readily even in brief sound samples, and there is even a whole book about Obama’s speech patterns and their reception. Black English is not bad English but alternate English, it is not a “stereotype” but a fact, and more to the point, Obama long ago acquired a command of it. His intonations, pronunciations, and some of his slang are clear proof of this.

Meanwhile, Obama also has a strong connection with the black church, as a certain episode regarding Reverend Jeremiah Wright made clear. I doubt someone like Mitt Romney, as religious as he is, would be given to singing “Amazing Grace” in public. Some have also remarked that Obama has a style of walking associated with black men. Obama’s sport is not golf but basketball. In our times, a great many black men of Obama’s generation and level of education marry outside of the black race—Obama did not.

The idea that despite all of this Obama is “not black” because he wasn’t raised by black people doesn’t hold together. What exactly makes Carson “blacker” than Obama? That Carson grew up often poor? Well, besides the fact that Obama didn’t grow up in luxury, either, Carson would likely be the last person to pretend that being poor is the essence of being genuinely black. Is it that Obama didn’t grow up knowing anti-black discrimination? Well, for whatever that argument is worth—and I think not much—being raised by whites doesn’t mean you’re seen as white. Obama reports being subject to such judgments from early on.

The key is that at a certain point in Obama’s life, he signed on to cultural blackness. He did it so long ago that any notion of it as an act is too abstract to merit attention. Plus, middle-class black people, especially, can attest that quite a few black young people do not truly embrace cultural blackness until adolescence or even afterward, and yet surely they do not qualify as posers for the rest of their life. There are, indeed, black people who for various reasons do not exhibit any cultural black traits. Barack Obama is not one of them, and as someone who is no stranger to being called unblack for his politics, Carson should reconsider calling the president unblack because of a childhood now decades in the past. 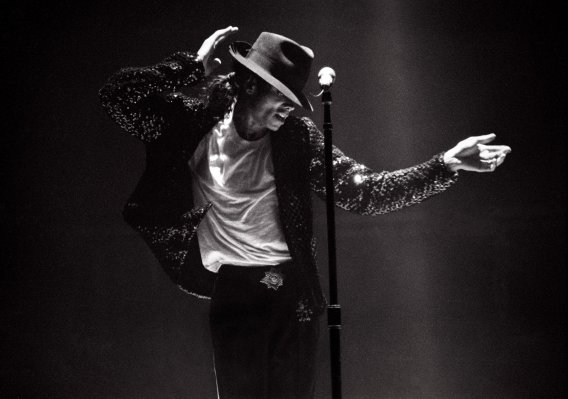 Michael Jackson Should Not Be Played By a White Man
Next Up: Editor's Pick