American Girl introduced a new doll, Melody Ellison, from the Civil Rights Era to celebrate the company’s 30th anniversary and Black History Month Tuesday. The doll will be on sale this summer.

Like the other historical dolls, Melody comes with her own backstory. She’s a 9-year-old living in Detroit in the 1960s who loves Motown music and sings in her church choir. It’s there where she builds a community, begins to learn about the Civil Rights Movement and forms her views on equality.

American Girl has throughout its history come under fire for the lack of diversity in its dolls. Out of the 20 dolls in its historical BeForever line, only three have been African-American—Civil War era slave Addy Walker, affluent Cecile Rey from 1850s New Orleans and now Melody. In 2014, the company discontinued four of the dolls in their historical line, two of whom were minorities: Cecile Rey and Chinese-American Ivy Ling, the company’s only Asian-American doll at the time.

As with the other historical American Girl Dolls, Melody and her accompanying paper back book cost $115. Her music recording studio, bed and other accessories—sold separately—will cost parents nearly $900. 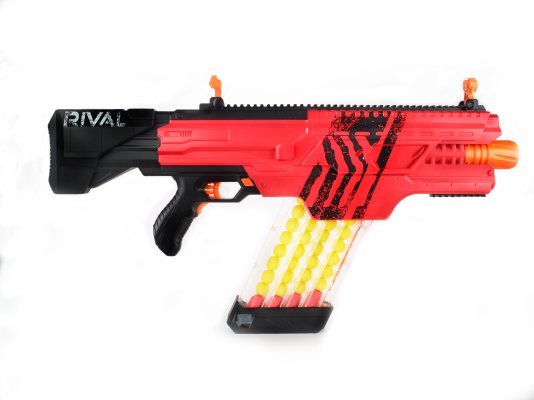 This Nerf Gun Fires at 68 Miles Per Hour
Next Up: Editor's Pick